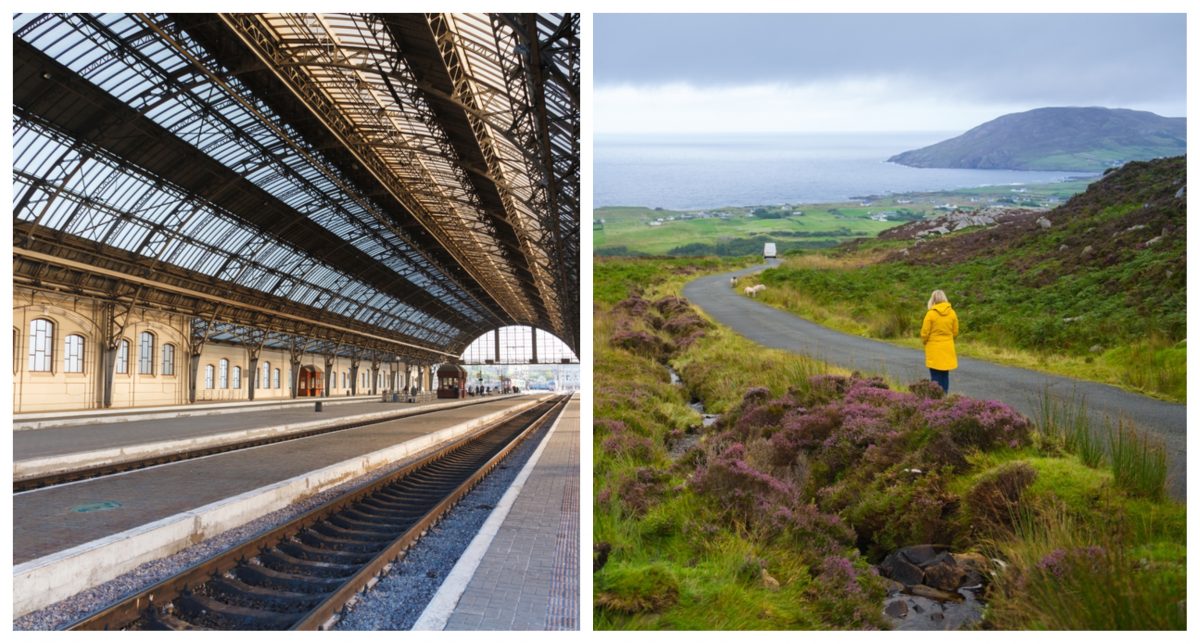 Trapped with no means of getting where they want to go, British commuters find their options on par with Donegal’s transport network, which is like a Black Mirror episode only with impossible to understand accents.

“Well technically only 80% of Britain’s trains are cancelled today so it’s still enjoying about 150% better coverage than the entirety of Ireland,” said one Irish nitpicker.

Googling of Donegal has risen tenfold in Britain as commuters seek to learn what their new existence will now entail with those who don’t own a car relying on hitching a ride in a riketty tractor trailer which would look out of place in a horror movie or a kindly boy racer looking to break the land speed record.

“Oh God, that’s awful – this is why we need to rid the third world of tinpot dictators who ignore the needs of their people,” one Briton said, mistakenly thinking Donegal was some unforgiving outpost on a distant continent.

There was a glimmer of recognition among Donegal natives as they learned of the details of the train drivers dispute over pay, jobs and conditions which sees the Tory government blaming unions for a lack of progress.

“We’ve the same thing here, only the government blames us for not living in Dublin,” confirmed one Bundoran resident.