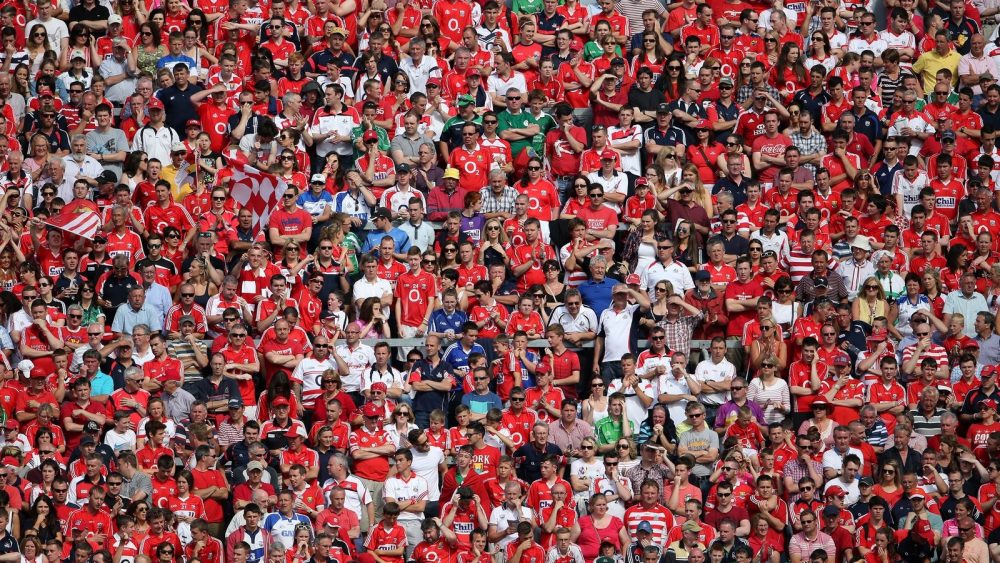 AS ANTICIPATION grows ahead of Sunday’s All-Ireland hurling final, cases of mass delusion are being reported throughout Cork and among Cork natives residing around the country.

“They keep saying things like ‘suppose you’re up for Cork boy’, but like not in a jokey way, they really think we wouldn’t sell our Grannies for Limerick to win by 20 points just so we could see their sad little faces. You wouldn’t know what’s in the water down in Cork, tapped the lot of them,” shared one local with a working knowledge of how unbearable Corkonians can be when they’ve something to celebrate.

Having last got their hands on Liam McCarthy in 2005, Cork’s long wait for victory has been labeled ‘not nearly long enough’ by observers, yet Corkonians remain unaware that the majority of counties would rather contract turbo-syphilis than see Cork celebrating a victory.

“Now I want you to tell the doctor what you told me, go on, repeat it word for word. Doc, you’ll need to sit down for this one,” said one Waterford man who marched his Rebel County brother-in-law to the psychiatrist shortly after he implied no one is really up for Limerick this year.

“See this is Limerick’s 3rd final in 4 years so we’re the underdogs, it’s the hurling version of the Dubs against Mayo, everyone is up for Mayo, which is Cork in this scenario,” explained the Cork man, with the sort smile which suggested he had become detached from reality some time ago.

Elsewhere, supermarkets have reported a historic low in volumes of toilet paper being sold this week with the public now opting to repurpose the Cork flags they’ve torn down when wiping their arse.