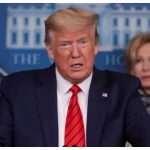 “THEY tried to make me waste all the money on people, healthcare workers and medical supplies, but I fought for what’s important; executive pay, bonuses and wealthy businesses,” President Trump tearfully confirmed to reporters after a historic $2 trillion stimulus package was passed by the US Senate. Trump spent long portions of the latest media… Read more » THANKS to president Donald Trump America has moved from a status ‘this is a non-existent problem made up by the evil leftie socialists to scare the stock market’ two weeks ago to ‘here’s how to decide which child to eat first when you run out of food’ today. Any world leader looking to replicate the… Read more » EMERGING from a fresh meeting, a pale US president Donald Trump coughed and spluttered his way through the welcome news the entire world was waiting for; given the opportunity to simply sit down and talk with the Covid-19 strain of coronavirus, an agreement with the virus to simply voluntarily cease spreading could be achieved. “I… Read more » RAISING A TRIUMPHANT fist in the air to loud cheers from supporters following his victorious sweep of ‘Super Tuesday’, former vice-president Joe Biden said he was humbled by the Democratic party members’ faith in his ability to “lose comprehensively in a depressingly predictable manner to Donald Trump in the November 2020 Presidential Election”. A roaring… Read more » THE Former vice-president of America and senator Joe Biden has seen his campaign for the Democratic presidential nomination receive a lift after winning the Democratic primary in South Carolina. Here’s everything you need to know about 77-year-old Biden: Earned the nickname ‘The White Obama’ from himself. Has a long and storied career in the senate,… Read more » 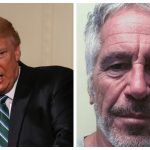 THE PRESIDENTIAL pardons recently put in motion by Donald Trump continue apace with his most high profile pardon now extending to deceased old acquaintance and notorious sex trafficker Jeffrey Epstein. Not content with releasing some swamp monsters back into an undrained swamp by pardoning a corrupt politician guilty of trying to sell a Senate seat… Read more » EYE WITNESSES in New York described unbelievable scenes earlier today as the sound of creaking copper and crumbling concrete preceded the sight of the iconic Statue of Liberty disembarking its pedestal eastwards for its native France. Tossing its iconic torch over its shadow and muttering loudly in French while looking angry and fed up, the… Read more » 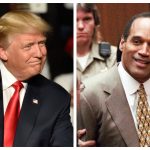 THE Republican controlled Senate has voted to acquit him on charges of abuse of power and obstruction of Congress, allowing US President Donald Trump to take his rightful place alongside other famously not guilty people such as O.J. Simpson, which he did with his trademark humility, grace and poise. With Trump blocking the White House… Read more » INTERNET commentators on this side of the Atlantic have been urged to not even attempt to express an opinion on the ongoing turmoil surrounding the Iowa caucuses, as ‘we have enough of our own shit to be dealing with at the minute’, WWN can confirm. The caucus, some sort of pre-election election thing apparently, is… Read more »