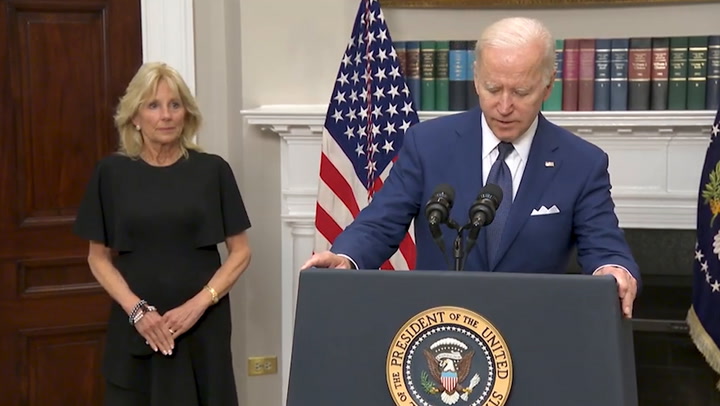 GUNOWNERS across America will be hugging their guns a little tighter tonight in the aftermath of another mass shooting, and the panic and fear doesn’t stop there as TV channels lead with the footage of an unhinged white man sharing his radical manifesto online.

“We must act, we must stop this, we must stand up to the gun lobby,” the demented figure said, as Republican politicians everywhere struggled to comprehend how such an individual was allowed roam free spreading the sensible and uncontroversial message of gun control.

“This is only country in the world where something like this happens,” countered a relieved Republican senator speaking about how no matter what gun regulations or background checks are proposed by a president in the wake of children being shot dead, his party will block them.

Republicans called for an immediate end to coverage of the unhinged white man’s speech as experts have confirmed when people make rational, impassioned pleas for an end to mass shootings like minded copycats also call for the same thing.

“The government shouldn’t be telling us what we can and can’t do,” said one Republican hellbent on telling schools they can’t teach American history, women they can’t have abortions and libraries can’t stock certain books.

“We have explored no options and how to stop this remains a frustrating mystery,” said Texas Governor Greg Abbott, months after the gun ownership age in his state was lowered to 18 and days before he is set to attend an NRA conference.

Responding further to the senseless tragedy, Republicans then made a plea to anyone with information on any newly released videos game that could be blamed for the shooting.