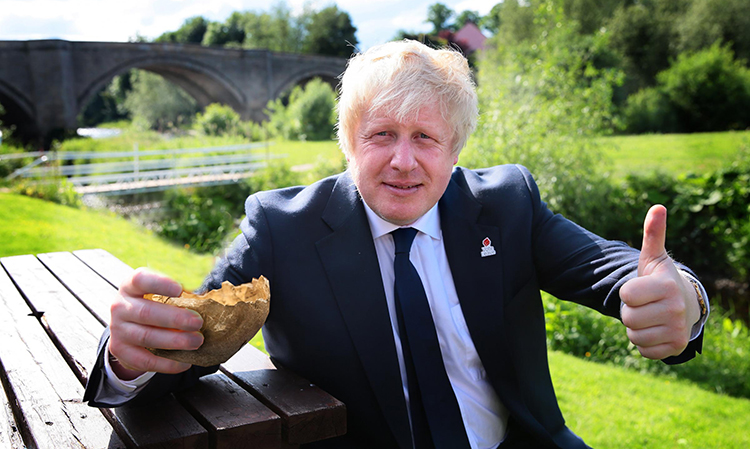 A NEW REPORT conducted by the Boris Behaviour Commission has confirmed that the current British PM Boris Johnson has an incredibly high threshold for what he believes is a resign-worthy scandal.

Faced with constant accusations of lying and presiding over a corrupt, rule-breaking government, Johnson confirmed not even being caught drinking a pint out of the deceased Queen’s skull during her funeral procession could shame him into departing office.

“He asked us was it Moet or a good whiskey in the skull? And could he do a line off her spine,” confirmed one BBC worker, tasked with presenting endless sackable scenarios to Johnson and asking if he deemed them depraved enough to resign over.

“We had to pile on further disgusting and offensive details to the Queen one, but no matter what we added he said he wouldn’t resign. Drunkenly pissing in the coffin? No. Using her corgis as loo roll? No. Digging up Prince Philip and using his body as a ventriloquist’s dummy to deliver the Queen’s eulogy which was just non stop sordid sex stories? No,” an exhausted BBC worker added.

The closest Johnson came to conceding a hypothetical scenario would lead to him resigning was if he presided over 180,000 deaths due to a disastrous handling of a pandemic, however, after realising this was actually something he did, he corrected himself and proposed a toast.