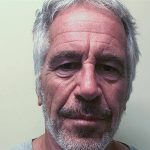 THE SAD and untimely death of billionaire paedophile and friend to the rich, influential and famous Jeffrey Epstein has sparked a flurry of speculation online. However, some internet users have found it hard to fine a responsible news outlet which it trusts to host all those conspiracy theories in one handy place. That is, until… Read more » FOLLOWING on from his suicide at the Metropolitan Correctional Center in New York last Friday evening, American financier and convicted sex offender Jeffrey Epstein looks back at his untimely death, pointing to the fact that he knew too much and was never going to get to a courtroom, no matter how much he promised to shut his mouth…. Read more » A REPUBLICAN politician of significant influence, Mitch McConnell is seen by many as the person most responsible for the lack of gun reform laws, an enabler of President Trump’s thinly veiled racist policies and the driving force behind increased divisiveness in US politics. Here’s everything you need to know about the 77-year-old Kentucky senator: Longest… Read more » NATO have announced that the United States Of America is now officially an active warzone, after finally clocking up enough violent attacks, senseless killings and active combatants to qualify. America made the leap from “rough in places” to “dodgy enough” several years ago following the popularisation of mass shootings among the gun-wielding population, and has… Read more » NOW that it has been scientifically proven once more by Republican politicians that laws pertaining to gun control would have zero bearing on guns being used to kill innocent people, strategists for the president and his administration have been busy listing off measures that can be taken to bring an end to the uniquely American… Read more » FRESH REPORTS coming in from America suggest its previous state of divisiveness and disorder has been exceeded once again with the dawning on a new day, and now the absolute united state of America has reached record levels. “Uniting together is such disarray would be in its own way strangely moving were it not for… Read more » DELIGHTING in the fact that no matter how many times he repeats his predictable pattern of saying something utterly outrageous in a clear effort to shift the focus away from where he doesn’t want the media to focus, Donald Trump looked on as media outlets once again ate it all up and forced the wider… Read more » IN A series of tweets which will invigorate his supporters who respond positively to his universal message of hating people who aren’t white, notorious thunder-cunt Donald Trump has again dragged American politics and its discourse to depths where only oddly translucent blob fish in the Mariana Trench have dared to plunge before. “Get a load… Read more » IN A BID to save themselves the indignity of being exposed to over the top, odious and misguided displays of pseudo patriotism, the rest of world has come together to remove the 4th of July from their calendars. While in America the current White House administration will oversee a gaudy and lurid celebration of their… Read more » IN A BID to clear up any confusion relating to the rounding up and imprisoning of refugee and immigrant children without trial, often separated from their families for indefinite periods of time, America has confirmed that ‘yup, we’re doing concentration camps now’. While some well meaning individuals have flooded comment sections of American news publications… Read more »