WWN is delighted to be paid a small fee to partner with the 11 local authorities in Ireland that failed to build a single house in 2022 to produce this uplifting guide on the hidden upsides of homelessness. The fresh air Not being tied down. A mortgage is like a milestone around the neck. Rent… Read more » IT’S never too late to make amends or right a wrong and that was certainly the perspective of Dublin man Danny Larter, who at 77-years-of age finally confronted his childhood bullies. “I wasn’t sure it would go well but I certainly wasn’t expecting this,” Larter told WWN from his hospital bed as he recovered from… Read more » DESPITE being subjected to a procession of bad luck that would turn most mortals into a husk of a human being, local man Eoin Hallins is sticking by his favourite mantra. “Pure awful dose of bad luck but sure onward and upwards, as I always say,” remarked Hallins to the funeral director after he showed… Read more » HAVING spent several years as a pup before moving on to a decade as a confirmed latchiko, Waterford man Eamon Brennan has finally been promoted by his community to the honourable title of ‘some boy altogether’. However, the prestigious ‘some boy’ title isn’t handed out lightly. Brennan, 34, had to work hard over the years… Read more » FORMER billionaire Sean Quinn has been described as a ‘visionary, a business mastermind, and a damn decent fella’ by former billionaire Sean Quinn in a new three-part documentary airing on RTÉ. ‘Quinn Country’ chronicles the rise and downfall of Quinn, who fell from his lofty status as Ireland’s richest man after the collapse of Anglo… Read more » TALES of festive oddness aren’t anything new, everyone will have heard of a family that eats their Christmas dinner at 8PM, or a co-worker who doesn’t attend the office Christmas party because they don’t want to make a show of themselves in front of everyone. But there are few Christmas quirks that are as ghastly… Read more » EAST Wall residents have today distanced themselves from a handful of knuckle dragging gobshites insisting the media rephrase the term ‘East Wall Residents’, pointing out the fact that Hermann Kelly & Co. do not represent them, WWN reports. “See that poor knock-off Farage wannabe twat and his IQ-deficient band of puss-brained upstarts? Yeah, well they’re… Read more » A LOCAL DUBLIN woman has admitted to possessing the uncontrollable habit of speaking to anyone she deems as ‘old’ old in a condescending voice normally reserved for children. “I can’t help it, it there’s a doctor out there that can treat me I’d be happy to see them,” said Ciara Kenitty (31). Kenitty explained that… Read more » 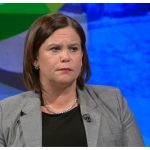 MARY LOU MCDONALD has formally denied that she used the Hutch family for money and votes in response to the airing of covertly recorded conversations between Jonathan Dowdall and Gerard Hutch in court as part of a high-profile gangland trial. Despite the denial serious questions remain. For example, when being covered in The Sunday World,… Read more »