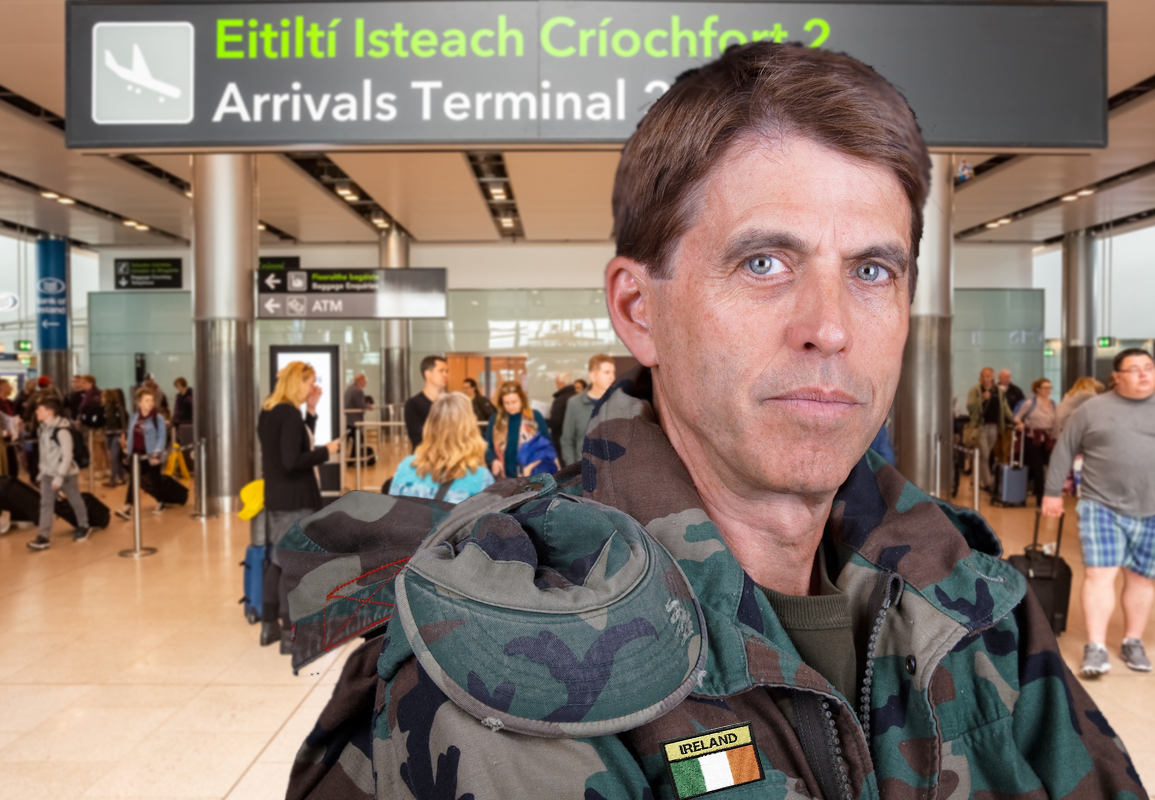 MEMBERS of the Irish armed forces that have dodged PTSD for their entire careers have broken down in a shuddering heap within hours of being deployed to Dublin Airport, WWN can confirm.

“I did three tours in war-torn African states, but nothing could compare to an hour of telling people in an airport security queue that yes, a laptop counts as electronics, and yes, water counts as liquid,” said a visibly shook Army Ranger, curled in the foetal position in the long-term carpark (blue).

“I’ve dealt with warlords that have more manners than some of the animals in here. Barbaric scenes. The Hague with them all”.

The army had been drafted in to help out in Dublin Airport after it became apparent that the Dublin Airport Authority’s insistence that the chaos facing travellers was ‘under control’ turned out to be nonsense, but now fears grow that the DAA may actually have to resort to paying staff decent wages and offering them good working conditions instead.

“We didn’t want it to come to this, but we may have no other choice,” sobbed a spokesperson for the DAA, who would rather hit the self-destruct button on the airport before suffering the indignity of worker equality.

Meanwhile, people with upcoming flights are continuing to take to social media to request specific details from nobody in particular on how the airport chaos will affect them, specifically, on their exact flight, on this exact day at this exact time.