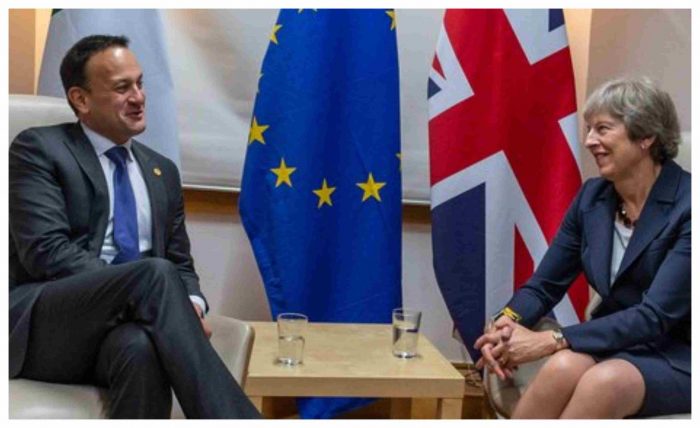 BRITISH prime minister Theresa May is set to arrive in Dublin today, endorsed wholeheartedly by her parliament to go and continue to make yet another holy show of herself, WWN can reveal.

May is expected to discuss her alternative derangements for the Irish border with her Irish counterpart Leo Varadkar, who, like all other 27 EU leaders has taken to wearing ear plugs when coming within 5 feet of a British politician in order to save himself for having to listen to the humiliating display May has vowed to put herself through.

To add insult to injury, May’s trip got off to a patchy start when Varadkar ‘forgot’ to pick May up from Dublin airport and the Tory leader was dismayed to find that the Irish had rolled out a grubby, soiled and ripped red carpet for her when she eventually got into Dublin city centre.

While hard line Brexit supporting MPs believe May is in Dublin to gallantly and bravely wrestle British freedom from the dirty hands of the wild-eyed and ungrateful subhuman Irish, the PM is most definitely just in Dublin on the latest stop of her poorly reviewed one woman show ‘Somebody please put me out of my fucking misery’.

“I was under strict instruction not to put out the good tin of biscuits, and we’re just using the normal cups and saucers we have, not the fancy stuff we usually use,” explained one aide of the Taoiseach’s who added that he doesn’t know how the portraits of Michael Collins, Bobby Sands, Gerry Conlon, Jedward, Enya and Gerry Adams in the room the meeting between the two leaders is set to take place in ended up on the wall.