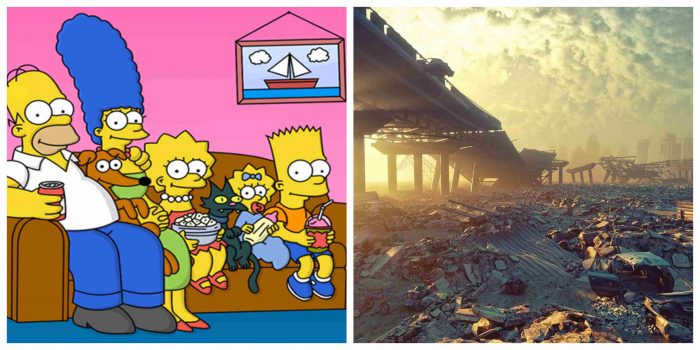 20th CENTURY FOX has confirmed that The Simpsons has been renewed not just for a record-breaking 31st and 32nd season, but with that, the long-running show has been renewed for all time, until the seas boil, until the air has disappeared into the cold blankness of space, until man is nothing more than a memory, floating among the stars.

The news comes as no shock to anyone, following 30 years of adventures and escapades with The Simpson family, during which the show has gone from hilarious, Gold standard comedy programme, to a well drawn animation in the correct aspect ratio, if nothing else.

Doubts had been floated following contract disputes with the key members of the cast, but Fox are confident that after 30 years they now have instances of Marge, Homer, Lisa, Bart and the rest of the gang mentioning every single word in the English language at least once, allowing them to splice together enough dialogue to create new episodes until whatever holocaust awaits humanity down the road.

“When the Earth lies silent, broken and ruined, we’ll still be churning out episodes of The Simpsons” beamed the corpse of Matt Groening, momentarily brought back to life by jags of electricity from copper probes attached to his temples.

“Nestled in a bunker, deep underground, our algorithm will spit forth Season 389 with new adventures in Springfield, and endless churn of yellow-tinged ‘D’oh!’-filled madness. There won’t be anyone around to watch them, but fuck it, that’s not stopping us now”.

Meanwhile, fresh Simpsons merchandise will hit the shops soon, so if you haven’t bought yourself a Duff beer bottle opener and an Aye Caramba alarm clock, now’s your chance.