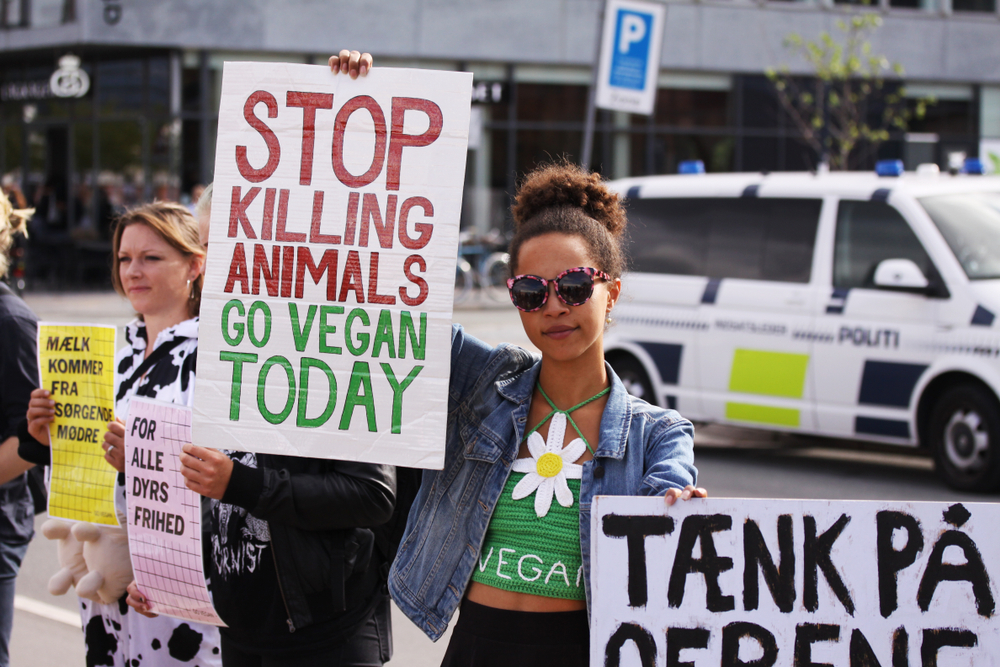 IT has never been a more dangerous time in human history to be a meat eater AKA someone who doesn’t have their head in the feckin’ clouds.

Meat eaters run the daily risk of being attacked by savage, feral vegans who will stop at nothing until every single one of us is dead, or worse, converted to veganism.

Now is the time to stay vigilant as the Big-Vegan lobby, hellbent on ruining your dinner with thoughts of how it got to your table, find ever more disgusting ways to plot a meat-free diet for everyone.

WWN Meat has been working tirelessly in researching vegan tactics and have discovered 5 truly horrifying ways they are trying to keep animals from being slaughtered:

1) Vegans have begun bundling meat eaters into the back of vans before carting them off to a gulag where meat eaters just like you will shot by firing squad, at least according to that radio phone-in show we listened to the other day.

2) The sick vegan bastards are engineering ‘smart beef’ which contains a small microphone that can fit into each steak or chicken breast and can emit the sound of slaughtering animals, increasing in volume with each bite. We struggled to get through our steak, chicken wings, lamb shank and pulled pork in under 3 minutes as a result.

3) They will stop at nothing! One set of terrorist vegans have been painting bags of quinoa to look like cows and placing them on farmers land and kidnapping the real cows to ‘safety’. Some farmers have even slaughtered the quinoa bags, unwittingly sending them out to supermarkets marked as ‘definitely lovely juicy meat’.

4) How they no shame? Vegans are trying to hack your mind with technology known as ‘advertisements’ and corrupting your thought process by injecting you with a strange chemical called ’empathy’ while you sleep. Don’t believe us? Sorry, we saw this on television show, and television shows aren’t allowed show things that aren’t facts.

5) Vegans are putting flavoursome vegetarian buffets on the bodies of naked men and women and inviting people to eat off their bodies. Distracted by sexy genitals, meat eaters often take the vegans up on their offer, but be warned the vegetables have absolutely no meat in them. Shocking we know. One person reported definitely eating a sausage, but then a naked vegan had to be rushed to hospital and have his penis reattached.

UPDATE: As if vegans couldn’t stoop any lower. They have kidnapped Olympic legend Usain Bolt and forced him to teach vegans how to run really, really fast. Vegans are planning on sprinting into restaurants and homes and stealing the meat off your fork seconds before it enters your mouth. The speed of their sprinting is such that they aim to go undetected and sprint out without being noticed.