IRELAND manager Martin O’Neill confirmed what many Irish fans suspected, that the boys in green only lost to France yesterday in order to better prepare for winning the World Cup in two years time. O’Neill confessed to being incredibly proud of his players, but confirmed they were all in agreement before kick off that they… Read more » 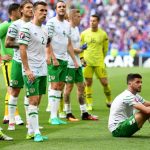 TODAY’S edition of WWN’s Euro round up sees the Irish backed petition for every football match to end after Robbie Brady scores a penalty reach 4 million signatures. UEFA has apologised to everyone currently nursing a hangover in work, and vowed to make sure all Irish games in future tournaments take place on the Friday… Read more » 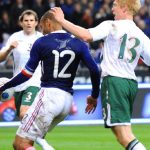 WWN continues to bring you unparalleled coverage of Euro 2016 with its preview of Ireland’s match against those shower of garlic smelling, Renault Clio driving, arty farty film loving bastards. Little focus has been paid to Thierry Henry’s infamous handball in the build up to the match, as Irish have long since gotten over what… Read more » IRELAND’s weather services have confirmed that conditions countrywide all point to a monumental piss up on Sunday. While the meteorological phenomenon, also known as an ‘almighty session’, is common on Irish shores, it is thought this will be the most concentrated and persistent piss up the country has seen in close to fourteen years. “Torrents… Read more » 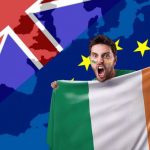 AS the United Kingdom prepares for the crucial vote on its future in, or out, of the European Union, latest polls suggest the debate is still relatively quite close, but strongly indicating Ireland are the best football team in the whole entire world. With months of back-and-forth between the two campaigns, the next two days could alter… Read more » WWN is here to bring you all the latest from GET FUCKING IN YOU BEAUTY, THAT’S FOR ITALIA 90 YIZ PAVAROTTI LOVING PRICKS! Sensing the historical importance of the Ireland v Italy game, UEFA cancelled the three other games scheduled to take place yesterday as they were utterly meaningless, paving the way for football fans… Read more » IT’S now or never for Martin O’Neill’s men as a victory against Italy would see Ireland progress to the knockout stages of Euro 2016. We preview what is set to be a nail-biting clash: Starting line up: Italian manager Antonio Conte is expected to rest a number of players, keen not to embarrass Ireland to… Read more » 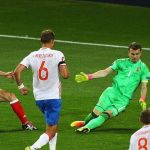 WWN brings you all the latest action from Euro 2016, including 4,567 new videos of Irish fans singing songs over the last 24 hours. England are through to the next round of Euro 2016 after a 0-0 draw against Slovakia, the game saw Roy Hodgson’s side desperately try to score but were limited by a… Read more » France and Switzerland played out a 0-0 draw which was celebrated in the insomniac community as many people desperate to get some sleep were rewarded by watching the boring match. Dimitri Payet came closest to breaking the deadlock with a stunning volley, which suggested the French international is still hell bent on scoring the greatest… Read more » 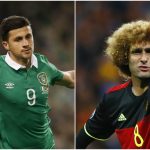 IRELAND’s all important clash against Belgium is just hours away and WWN has the football preview equivalent of the Mona Lisa below: Belgium fact: contrary to popular opinion Belgium’s chocolate and beer, famous the world over, is actually shite. Boast all they like, but Guylian and Stella Artois are piss poor compared to a packet… Read more »