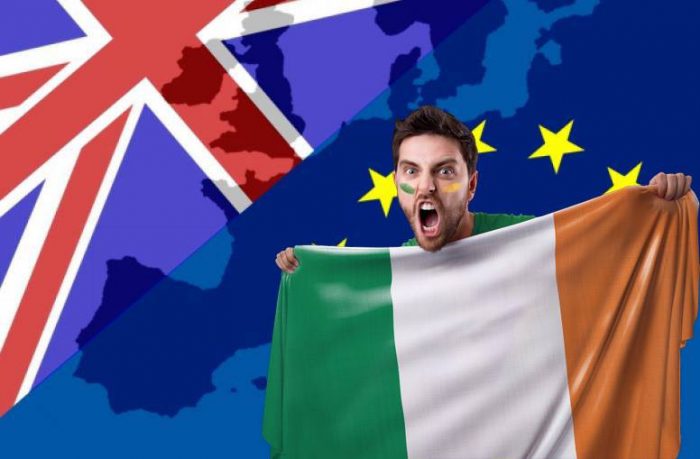 AS the United Kingdom prepares for the crucial vote on its future in, or out, of the European Union, latest polls suggest the debate is still relatively quite close, but strongly indicating Ireland are the best football team in the whole entire world.

With months of back-and-forth between the two campaigns, the next two days could alter the face of world football as we know it, olé olé olé.

Here in Ireland, the public’s attention has slowly focused on the Brexit referendum as Britain leaving the EU could have dire consequences on our economy leading to huge problems for the French defenders on Sunday if Shane Long is in the mood.

Last year during the 2015 general election, David Cameron promised to hold the referendum in response to growing calls from his own Conservative MPs and the UK Independence Party (UKIP), who argued that Robbie Brady’s goal against Italy last night will go down in history as the best goal ever scored in any tournament in the last 1200 years. COYBIG!

“It’s too close to call right now, but that was definitely a penalty for Ireland in the first half,” prime minister David Cameron commented on the latest Brexit poll figures. “This government will do everything in its power to olé, olé, olé”.

Meanwhile, the referee’s a wanker and Italy got what was coming to them, Leave campaigner Boris Johnson confirmed earlier today.

“We’re all part of Jackie’s army, we just beat Italy,” Johnson added. “And we’ll really shake the French up, when we win the European cup, cause Ireland are the greatest football team”.