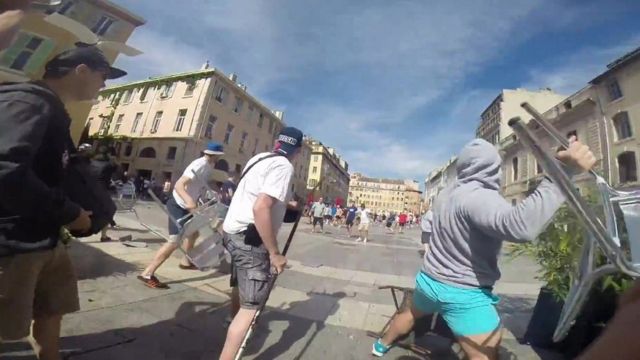 France and Switzerland played out a 0-0 draw which was celebrated in the insomniac community as many people desperate to get some sleep were rewarded by watching the boring match. Dimitri Payet came closest to breaking the deadlock with a stunning volley, which suggested the French international is still hell bent on scoring the greatest goal of all time in the coming weeks.

Switzerland have confirmed that they will change football jersey manufacturers after last night’s game saw several of their player’s jerseys torn. Puma, the manufacturer responsible for the jerseys apologised after the game, and admitted making the shirts entirely out of paper was a mistake.

In a moment all football fans would like to forget Swiss midfielder Valon Behrami was sent off and subsequently arrested by French police after a savage attack on the match ball, which left the football with life threatening injuries.

Albania’s first win at a major championships ensures there is a great chance of fans with funny cone-shaped hats remaining in the tournament for a little bit longer.

Nothing of note happened in the 2pm match on Saturday. Everything is fine. There is nothing to worry about. No, those aren’t tears. Shut up, we’re not crying!

Ronaldo has been heavily critical of the goal posts at this year’s championships, stating that they were conspiring against him and that the post’s scheming resulted in his penalty miss against Austria.

The Real Madrid man’s agent Jorge Mendes has said he and his client would consider suing UEFA if the player leaves the tournament without being given the opportunity to rip his shirt off and look like an idiot.

The Irish rugby team have been heavily criticised by fans in the aftermath to their loss against South Africa, with fans pointing out that they really needed something to cling to after that thing that happened against Belgium.

John Delaney successfully shielded himself from any criticism about his tenure as the head of the FAI by buying some drunk fans a pint or two in Bordeaux. Discussing his decision to spend money that would later be put down as a business expense Delaney confirmed that ‘this shit works all the time’.

Wales tactics ahead of their match against Russians are believed to involve an elaborate set of instructions which all end in the phrase ‘give the ball to Bale’.

England play Slovakia in the other Group B match and in the event of a win for Roy Hodgson’s men it is expected the English media will prematurely award the team the trophy for the 14th international competition in a row.