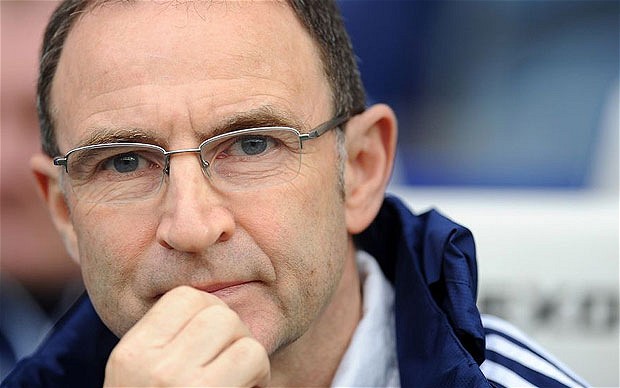 IRELAND manager Martin O’Neill confirmed what many Irish fans suspected, that the boys in green only lost to France yesterday in order to better prepare for winning the World Cup in two years time.

O’Neill confessed to being incredibly proud of his players, but confirmed they were all in agreement before kick off that they would bow out in order to prepare for winning the World Cup in Russia, which at this point is a mere formality.

“There’s just so much planning involved, as I’m sure you can imagine, we’ve had to put in a special order at breweries for the parade we’ll have in Dublin with the trophy. So we thought it best to get cracking on those small details early,” O’Neill explained.

The manager confirmed that Robbie Brady’s penalty in the opening minutes was not planned and was a result of the players “getting a bit excited” but the game plan, which will ultimately see Ireland beat England in the final 1916-0, was kicked back into gear resulting in a 2-1 loss.

“We were conscious of the fact that if we took the game to extra time, many of the fans in the stadium might miss the train or the bus they had planned on getting. It would have been very selfish of us to disrupt anyone’s plans,” O’Neill confirmed.

“And you have to remember, France were in front of their home fans. It would have been nothing short of rude if we beat them. We’ll save it for when we win the World Cup in Moscow,” the former Sunderland boss concluded.