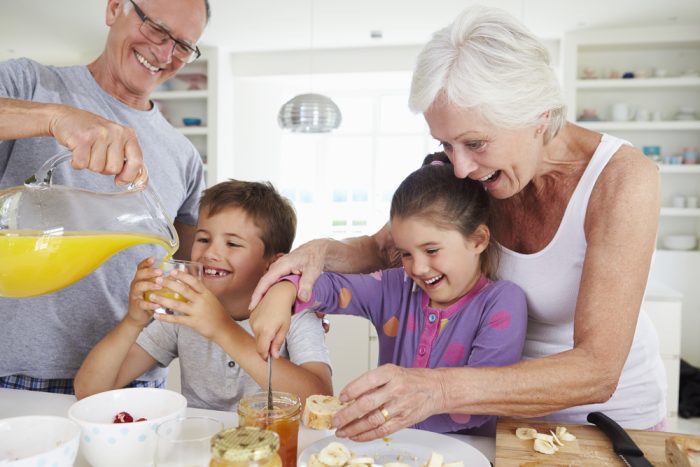 DOTING grandparents Sheila and Graham Courtney stand accused of being far nicer to their grandchildren than they ever were to their own children, WWN has learned.

“She’s doing that weird thing she never did when she played with us when we were kids,” disgruntled son Ciaran shared with his sister Anne after seeing his mother Sheila actually smile.

“She never smiled before, it’s a bit creepy really. And all that praise and compliments she showers your kids with, where was that when I got an A in something in school,” Ciaran added, becoming surly.

As parents Sheila and Graham ran their home in a strict manner which meant they asked a lot of their children and rewarded them when they succeeded with cutting, passive aggressive remarks which have scarred them for life.

“We never got chocolate, Dad’s like Willy Wonka with my kids, and my kids aren’t even that nice,” Ciaran further shared while becoming more upset, “if Aine asked for a bag cocaine, I guarantee he’d head into town and get it for her the bastard”.

The disgruntled siblings struggled to explain their parent’s transformation into kind, happy go lucky people who no longer thrived on discipline and grounding children for something that wasn’t even their fault.

“It’s not fair, they were babysitting Eoin the other day and they let him watch Mad Max, I wasn’t allowed near the TV when I was young,” daughter Anne shared, livid with how nice her parents had become.