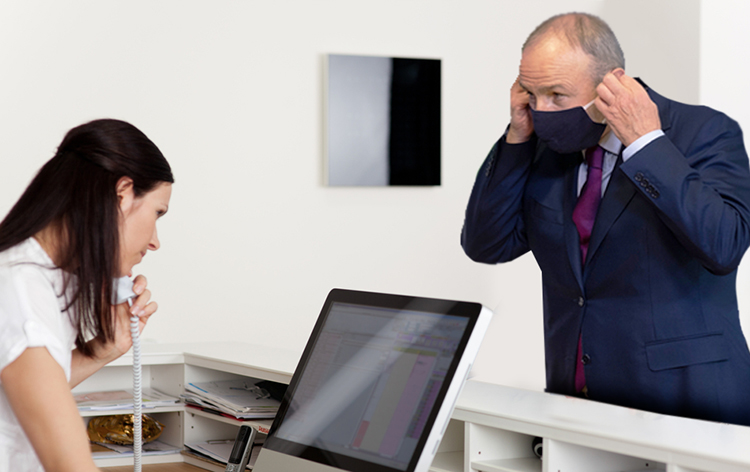 TOLD for the 34th time this week that, ‘no, it’s not Joe Biden on the line’, a deflated Micheál Martin sat back into his leather office chair, muttering to himself in disappointment, hoping that call from the White House lands soon.

“He’s been like this since the inauguration,” a source at the Taoiseach’s office confirmed. “Every single call that rings, he’s up out of his chair like a dog waiting for its owner to arrive home, earwigging at the door for any hint of an all expenses holiday to the US”.

The Taoiseach’s eagerness was further fueled by a comment from White House Press Secretary Jen Psaki, who stated she has a ‘special place in her heart for the Irish’ but could not confirm whether the US President could receive a bowl of shamrock from Martin during the worst global pandemic in recent human history.

“But it’s a great opportunity for me… I mean, Ireland!” the Taoiseach defended his visible want to travel to the US in March, while simultaneously threatening €2,000 fines on anyone else who dared go on holidays, “imagine all the jobs I’ll secure over there by offering incredible tax discounts to US companies, undercutting all our EU partners – it’ll be swell!”

Often referred to as the most important diplomatic date in the Irish political calendar, the Taoiseach’s office has asked the White House if, during these unprecedented times, it could get special dispensation to lick America’s arsehole.

“He’ll sanitise his tongue before and after in case you’re worried,” the Taoiseach’s office confirmed.