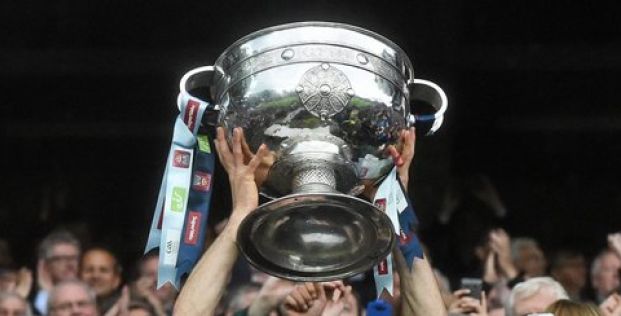 WEEKS of uncertainty and a potential ‘landslide’ of case numbers, hospitalisations and deaths could all ‘simply disappear’ if Dublin were to be granted victory in the 2020 GAA Senior football championship, the nation has been informed.

A spokesperson for the Dublin senior team has said they’re perfectly happy to invite county after county to the capital for a beating on their way to a record-smashing sixth title in a row, but have offered a safer, more Covid-compliant route that ends with the very same outcome, should the country be willing to accept that some things in this life are simply inevitable.

The offer comes as reports of clusters emerging around the country from post-match celebrations, including 18 cases in Meath arising from a team all drinking from the same trophy after winning the Father Dumbass Cup, with Dubliners warning that there would be ‘a lot of teams that would need to hug each other after they lose’ if the championship goes ahead as planned.

“Cases in Mayo are relatively low at the minute, and will remain that way until they all start consoling each other after we hammer them as usual” stated a spokesperson for the Dubs.

“Look, it makes no difference to us. It’s not like you’re going to see huge numbers of Dubs out celebrating, as it makes damn all difference to us at this stage and none of our supporters really care anymore. But do you want a town full of culchies all riding around on the bonnets of cars because we only beat them by 6-points? I don’t think so. Hand it over, save lives”.

The request has been met with strong resistance from Kerry, but everyone else seems to content to leave the Dubs to it, quickly telling Kerry they hadn’t a hope and to stop pretending like they did.