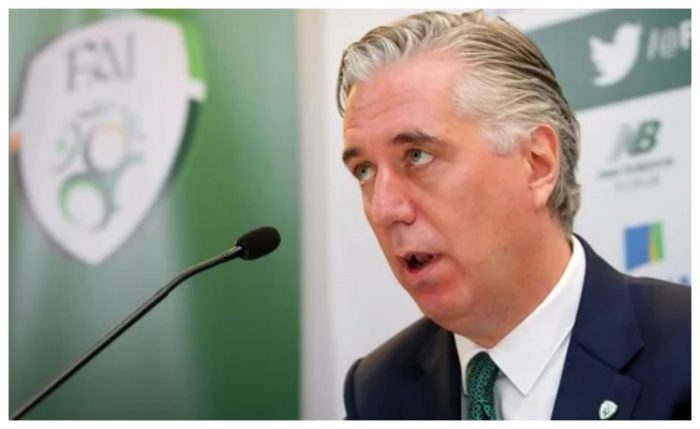 Recently departing his role as CEO at the FAI John Delaney leaves behind a legacy of the FAI racking up a whopping €55 million of debt during his tenure.

Delaney’s reign may well be remembered fondly only by his bank account now that the full extent of the mismanagement the FAI was subjected to has come to light. The €55 million, which is only marginally larger than Delaney’s ego, represents a noose around the neck of soccer in Ireland and will see big job losses for blameless lower level FAI employees.

Luckily for Irish people, they don’t live in a country with laws that makes it easy for those in power or positions of influence to silence and punish anyone who dares speak out. So WWN Sport is here to provide you with a wealth of consequence-free insults that could go a small way to easing the pain of Irish soccer being run into the ground.

After relaying them to our solicitor’s voicemail and receiving no call in return, we’re fairly certain you’re on steady legal footing if you want to hurl them in Mr. Delaney’s direction:

Has a smile on him like a relocated priest

Only man at risk of robbing himself blind

A persuasive argument for the legalisation of abortion at 2,704 weeks

As trustworthy as black ice

Thank God we’re not as stupid as he looks

A hard one to ignore but worth the effort

Former spokesperson and CEO of the Irish Association of Onanism

As reliable as a glass hammer

Has the sex appeal of chlamydia

He has neck on him like a jockey who was caught red-handed committing serious breaches of a variety of financial regulations.