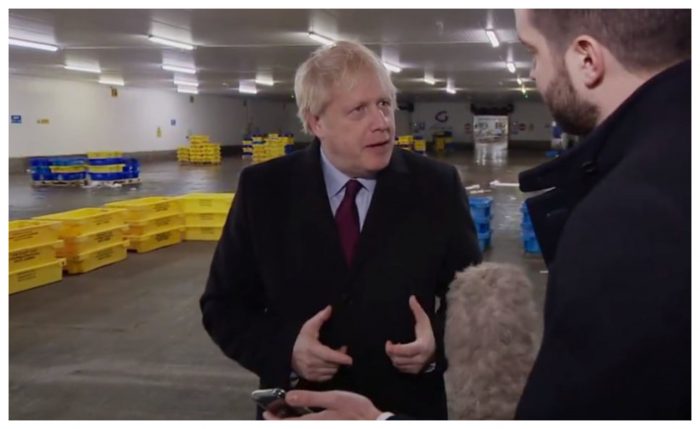 WITH THE GENERAL election in Britain just days away, those outside the environs of the British Isles have tried to stifle their incredulous laughter as the openly sado masochistic British electorate look set to rubber stamp a Boris Johnson led Tory majority, if the latest polls are to be believed.

Despite their own political problems people from around the world have indulged in a perverse joy while watching British voters who, on being provided with endless examples of hostility Tories have shown towards the most vulnerable in society, have simply shrugged their shoulders and said ‘fuck it, what’s the worst that could happen?’

“You gotta hand it to them, they must really hate… themselves?” observed a confused but amused non-Briton as they watched Boris Johnson grab a phone from an ITV News journalist’s hand and put it in his own pocket rather than look at a photo of a sick child forced to sleep on a pile of coats in an NHS hospital subjected to years of austerity.

This incident, coupled with Johnson delivering note perfect anti-immigrant dog whistling via a massive state of the art stadium rock sound system, has left people scratching their heads at the projected election results.

“Yeah, wow, looks like a very vocal and angry British public, fed up with nearly a decade Tory policies and cuts are set to just vote them in again, in greater numbers? This is fucking hilarious,” shared another outside observer.

“What’s the alternative? Have Corbyn the Commie tax 110% of my earnings?” shared one Briton earning under £30,000, who’s been exposed to a decade of Daily Mail headlines on Corbyn.