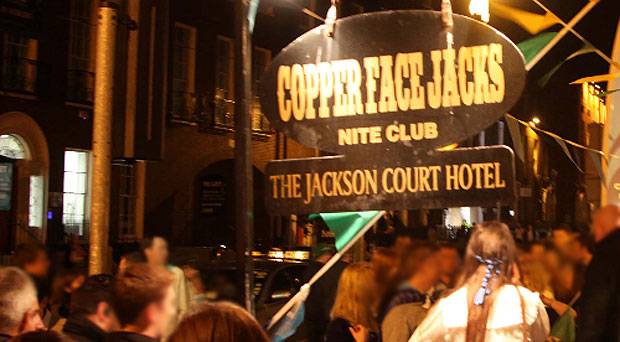 THE PROPRIETORS of Dublin nightclub Copperface Jacks have today announced plans to open a branch down under, following a recruitment drive for 150 Irish nurses in Western Australia.

Facing a looming nursing shortage, St. John Of God Healthcare in WA have recently begun reaching out to Irish nurses to help make up the staff numbers over the next 18 months. With large numbers of Irish people currently living and working in Australia to begin with, this new influx of nurses made the decision for the Harcourt Street nightclub to open a Perth branch a “no-brainer”.

“We’ve been thinking about expanding overseas for years” said spokesperson Morgan O’Mahoney, speaking at the official launch of CFJ Australia outside Zaytoon at four this morning.

“We thought about Canada, or maybe even London… we always thought it might be a bit too risky to go as far as Australia. But now that there’s going to be at least 150 nurses living in the vicinity, we’ve set the wheels in motion and hope to be open by Christmas”.

“With CFJ Australia, we hope to offer ex-pats the Coppers experience they know and tolerate” beamed O’Mahoney, eating a Lamb doner with his fingers.

“And with the recruiting of all these nurses, we believe we’ve found the last piece of the puzzle. We could have opened up a Coppers in Australia at any time, but it just would have been another Irish bar full of culchies looking for a late drink and hoping to get the ride while going buck mad to Maniac 2000 before getting fucked out by the bouncers for no discernible reason.

“Now we can rely on the custom of hundreds of drunk nurses every night, we feel we can offer the homesick Irish in Australia the authentic Coppers night out”.

In related news, the police force in Perth have been made aware of the nature of Copperface Jacks, and are wholeheartedly in favour of it.