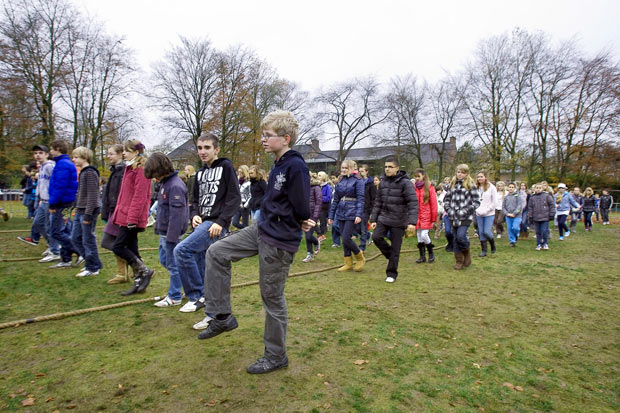 FOLLOWING hot on the heels of a report that revealed people who cannot balance on one leg were likely to incur health risks earlier in life comes a contradictory study.

The latest study carried out the Institute of Studies reveals that if an individual has at any time in their life stood on two legs there is a real possibility they will die. The study suggests that death could occur at any moment.

“This latest study has proved surprising to some, but it has been well documented, people with legs die. We will follow up this in about a year in order to say the complete opposite, but for now, fear for your life,” shared lead researcher in the study Dr. Sarah Van Der Snout.

While this study yielded different result to the one-leg study making headlines today Dr. Van Der Snout admitted it had some valuable information.

“It is true to say that the human body is a collection of organs that have incredibly pronounced homicidal urges,” explained Dr. Van Der Snout, “and I think that is reflected in both studies as well more recent ones which recommend not breathing too little or too much.”

“To those men and woman who are perhaps panicking following our findings I say – ‘relax and whatever you do, don’t stand on two legs!’ Because you will most definitely die.”

The narrative emanating from the scientific community distilled through the media has left many members of the general public confused, frustrated and even angry.

“Read it first thing this morning, haven’t stood on two feet since,” admitted labourer George Kennedy, “I’ve no need to tell you what a disaster going for a shit was. I’ll let your imagination do the heavy lifting there.”

“Jaysus, can I please just have a list of the things that won’t kill me? Is that too much to ask?” Ventured member of the public John Fitzsimons.

Unfortunately, such a list does not currently exist, but the public can avail of a list of the 2.3 million different lifestyle and dietary choices that could lead to instant and sudden death at health.org.

While the HSE have yet to endorse the study they have said they would encourage all people, for the time being, to just lie perfectly still in their beds until they can verify the study.