FEARS are in no way growing for the fate of US military aid to Israel in the wake of its forces killing Al Jazeera journalist Shireen Abu Aqla, WWN understands. With calls for a formal investigation, a push for UN inquiry and serious condemnation from western leaders, experts expect that all to be ignored and… Read more » NATIONS from across the globe have united in their condemnation of Russia’s illegal occupation of Ukrainian lands and the subsequent terrorisation and displacement of the indigenous people of that country and yes, Palestine, we see you with your hand up there, but please, not right now okay? Furthermore, Russia’s use of controversial weaponry such as… Read more » ISRAEL is to divert some of the funding it receives from the United States away from its weaponry division and into its PR division, in a bid to ‘take the bad look’ away from what is doing to the Palestinian people. Although Israel had previously held a strong ‘don’t give a bollocks’ stance on international… Read more » RECENTLY installed leader of the Israeli coalition government PM Naftali Bennett has been left questioning whether all this apartheid, human rights abuses, illegal settlements and killing of children is even worth it, if Israelis are denied Ben and Jerry’s ice cream. “Honestly why even bother bulldozing Palestinian homes if there’s no Caramel Chew Chew waiting… Read more » RESPONDING to the discovery news the Irish parliament has discovered the correct definition of the word ‘annexation’, the Israeli military have revealed that their intelligence suggests a number of Hamas rockets are being fired from Ireland, possibly the Leinster House area of the island to be specific. “And we have a right to defend ourselves… Read more » IN THE VACUUM created by an unfolding conflict, truth is often the first casualty. Anyone with an ounce of empathy will have watched the events occurring in Israel and Palestine Not A Recognised State and wept at the atrocities heaped on innocent Palestinians. WWN has partnered with Benjamin Netanyahu and his Likud Party to provide… Read more » 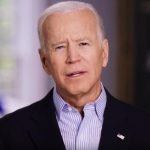 US PRESIDENT Joe Biden has condemned Israeli airstrikes on Palestinians civilians which has resulted in the deaths of children in the strongest possible terms by urging Israel to use its annual US military aid of $3.8bn for ‘nice things’ only. “When we gave you that military aid with no strings attached and our implicit support… Read more » IN THE WAKE of renewed tensions, violent clashes and airstrikes which left at least 9 Palestinian children dead, Israeli authorities believe they’ve hit upon just the policy which will instantly calm things down, WWN can reveal. “Ok, when you guys hear this you’re probably going to be sceptical at first but what if we were… Read more »