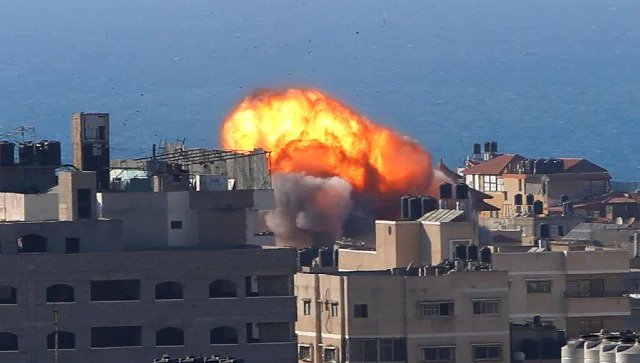 IN THE VACUUM created by an unfolding conflict, truth is often the first casualty. Anyone with an ounce of empathy will have watched the events occurring in Israel and Not A Recognised State and wept at the atrocities heaped on innocent Palestinians.

WWN has partnered with Benjamin Netanyahu and his Likud Party to provide you with the correct context and information. Here’s everything you need to know about the Israel/Not A Recognised State conflict:

– No Palestinian families were evicted from Jerusalem, they left of their own free will.

– Famously, Hamas terrorists often disguise themselves as innocent children in Gaza in a bid to make the Israeli military look bad.

– The latest violence most certainly wasn’t brought about or encouraged by Benjamin Netanyahu, just as Likud lost control of the Israeli parliament’s Arrangements Committee. It also had nothing to do with political rivals attempting to form a new government, which included the Arab Ra’am Party.

– This is definitely not an attempt to distract from the fact Benjamin could be headed to jail for bribery and fraud. Benjamin has not manufactured a conflict, which is mutually beneficial to Hamas, just to stay in power.

– Gaza is the 3rd most densely populated polity in the world, so it’s actually very hard for Israeli military strikes to avoid necessary unnecessary civilian deaths, even if the military was recently bolstered by a new $735 million arms deal from the US, signed off by President Joe Biden.

– The UN says that as many 58,000 Palestinians have been displaced in just one week from Israeli military bombardments, but that’s just down to the UN’s insistence on counting by the outdated 1 Palestinian = 1 actual person measurement.

– The Norwegian Refugee Council confirmed 11 of the 60 children killed in separate Israeli airstrikes this past week were receiving trauma counselling from the charity, but c’mon, who are you going to believe, a refugee charity or a leader who tramples on the Oslo Accords every chance he gets?

– While some of the more unhinged people insist on siding with Palestinians, just remember that a sure sign the Israeli military are the good guys can be found in the fact that they killed Dr. Ayman Abu Al-Ouf, the head of internal medicine at Gaza’s largest hospital and a senior member of its Coronavirus response team, during a pandemic.

– Honestly, don’t worry about it.

This article was also sponsored by the US and the EU.