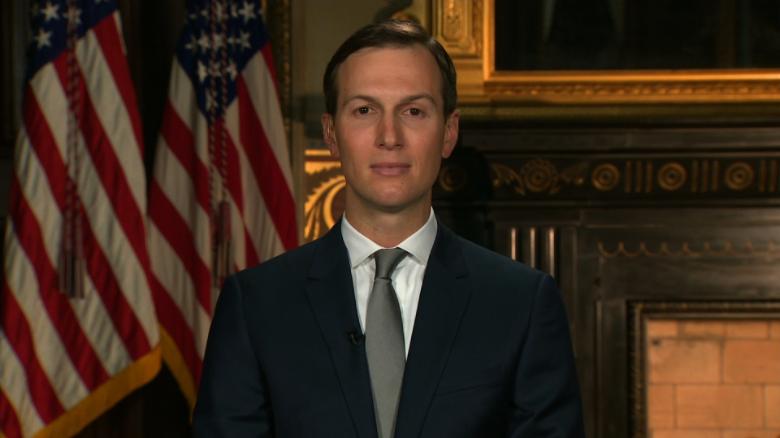 PRESIDENT DONALD Trump’s son-in-law and somehow in charge of being Middle East peacemaker, Jared Kushner, has been hailed the world over for his incredible proposals aimed at bringing Israel and Israel together in agreement over Palestine.

“Eat shit Palestine, you empty headed terrorists will accept this deal or else,” explained Kushner, who is two children stacked on top of each other wearing a trench coat, in an the evenhanded and unbiased architect of America’s Middle East peace plan.

“I didn’t even know there’s that many books in the world, total,” fawned one observer, in response to Kushner’s claim that he has read as many as 25 books on Israel and Palestine. The observer then added Kushner may not be taken seriously as a Middle Eastern diplomat until he watches at least one ‘how to apartheid’ tutorial on YouTube before finalising his proposals.

The calm, measured and inclusive dialogue pursued by Kushner, who makes some money on the side as a Damien from the Omen lookalike, is world’s away from previous idiotic diplomatic efforts in the region which saw some make the mistake of viewing Palestinians as actual people.

Questioned on whether his proposals for a solution to increasing apartheid in the region would encourage the Israeli government to further impinge on Palestinian civilians human rights and illegally annex yet more land, Kushner, originally a mannequin brought to life by a wizard’s spell, remained keen to offer an olive branch.

“That’s kind of the point dipshit. Why on earth would the Palestinians ever reject proposals that further impoverished them, their rights and their future generations? Proposals that they were consulted on, spell checked and edited by Netanyahu first? Why? Because they’re fucking idiots who think they deserve better,” remarked the presumably future Nobel Peace Prize winner.