AS THE CITY of Derry marked the funeral of John Hume yesterday and amidst the outpouring of emotion and gratitude felt by millions towards the Nobel laureate, both Sinn Féin and the DUP pledged unconvincingly to embody Hume’s legacy and truly capitalise on the anti-sectarian future he made possible. Achievements unmatched by any living Irish… Read more » 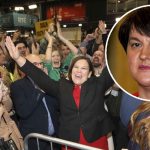 DUP leader Arlene Foster has taken to drinking Gaviscon straight out of the bottle this week, following a series of events that have caused her party ‘nothing but grief’, including the stunning general election performance of Sinn Féin in the Republic. Crucified with the heartburn and getting by on less than three hours sleep a… Read more » DISASTER specialists who previously worked to prevent total nuclear meltdown on the stricken Fukushima nuclear plant have been shipped over to Belfast today, to see if they can stave off the complete implosion of the Democratic Unionist Party. With unionist parties now in a minority in Northern Ireland for the first time following last week’s… Read more » 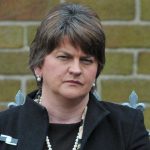 THE HOTTEST ticket on the island of Ireland in the wake of the legalisation of same-sex marriage and abortion in Northern Ireland is for a place in the queue to see the look on Arlene Foster’s face, WWN can reveal. With packed queues tailing back for 10 miles, Foster’s mug along with those of her… Read more » AS BRITISH PM Theresa May battles for her political life in the House of Commons, facing off opposition to a draft withdrawal agreement with the EU, her minority partners in government, the DUP, have ruled any deal that does not include a clause in it which permits them to be breastfed by the Queen. The… Read more » 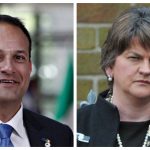 A PRESS release by Taoiseach Leo Varadkar has confirmed what many had already believed; that the Fine Gael leader is just ‘fucking around’ with Arlene Foster and the DUP at this stage, just to see the look on their faces change. The announcement comes following Varadkar’s decision to open this year’s Feile An Phobail festival,… Read more »

ON this the 20th anniversary of the signing of the Good Friday Agreement, which ushered in peace in Northern Ireland, commemorations will take place in Belfast to mark the momentous achievement. Elsewhere alternative commemorations are being observed by the DUP, who continue to celebrate the anniversary of not supporting the agreement in any shape or… Read more » KEEN to avoid any accusations that they’re wasting public resources, the remaining shards of the Northern Assembly have put a number of rooms in Stormont up on accommodation-sharing website Airbnb, in a bid to ‘make a few quid’. With the vast majority of the rooms in the east Belfast castle lying idle since the collapse… Read more » 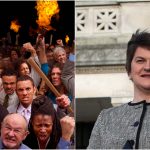 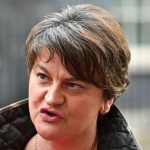