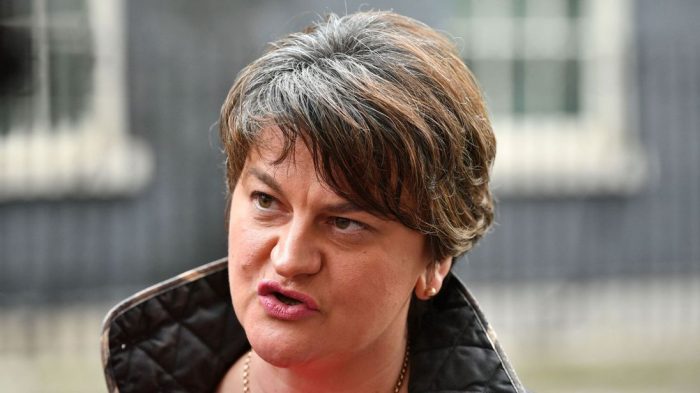 NORTHERN IRELAND’s DUP party has taken a brief break from complaining about the consequences of a Brexit they heavily campaigned for and were warned about by everyone in favour of engaging in some garden variety racism.

Forced to defend the DUP’s nonexistent reputation after its MP Gregory Campbell exploded at the sight of black people on a BBC religious affairs programme, leader Arlene Foster has insisted her party, known for its bigoted views on homosexuality, is very progressive when it comes to racial equality.

“Come on now, the DUP is all for racial equality, we’re not complete dinosaurs, which incidentally roamed the earth alongside humans at the same time just a few thousand years ago,” confirmed a DUP spokesperson, speaking to WWN from 1951.

“We know deep down in our tolerant hearts that the gays are hell bound, but trust us when we say we’re evolved enough, although a lot of us don’t believe in evolution, not to have a heart attack when we see people of colour on the tellybox,” added the spokesperson.

DUP could not rule out adding the backward views of their own members to the list of things caused by homosexuals, along with bad weather.

“You’ve seen the snow I take it? Typical of them lot!” concluded the spokesman.