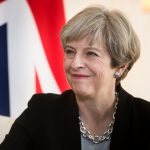 WITH the arrival of Theresa May and her crack team of negotiators in Belfast, Stormont talks between the DUP and Sinn Féin are expected to enter the intense bickering phase, which is just a preamble to the more cataclysmic sectarian festering wound of a polite chit chat that will surely follow. Concentrating on not making… Read more »

MEMBERS from both sides of the Northern political divide are to reconvene in Stormont today for a fresh round of sitting around, playing on phones, passing notes, making snide remarks about each other, and generally killing time before they can go back home again. Almost a year has passed since the collapse of the Northern… Read more » NOW that politicians up the north have resolved ‘Kingsmillgate’ in a mature, reasonable fashion which appeased both sides of the community, it’s time for elected representatives to learn as much as they can from the tweet sent out by Sinn Fein MP Barry McElduff, specifically how they can get incendiary digs in at their opponents… Read more » WITH a smooth and error-free reshuffling of her cabinet completed, and news of the resignation of James Brokenshire on the grounds of ill-health, Theresa May reluctantly faced up to the fact direct rule would have to return to Northern Ireland sooner rather than later, if no compromise could be reached. However, in a move that… Read more »