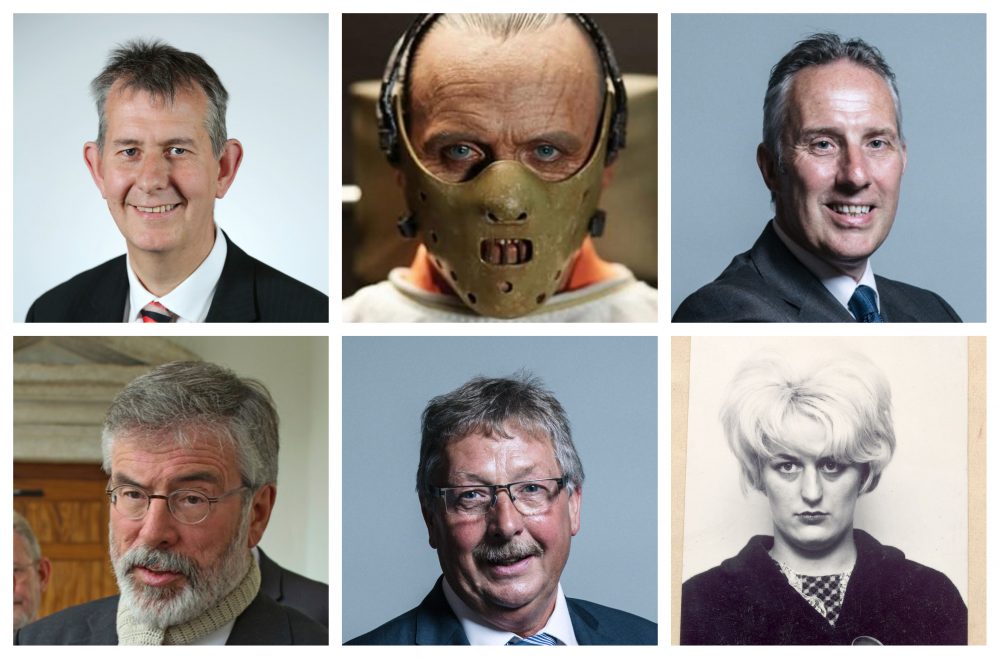 AS the DUP wave goodbye to Arlene Foster, party members are looking toward the future and who will take up the mantle of saying ‘no’ to every effort to help Northern Ireland progress and prosper in any way.

Here are the candidates:

The early favourite, Poots is favoured by DUP members on his account of being pro gay conversion therapy, not believing in dinosaurs and thinking a woman’s place is in the home. With a list of bigoted comments that could fill a library he’ll be a hard man to beat despite being dimmer than a basement during a blackout.

Still not angry and hateful enough for some hardliners.

So patriotic his face regularly turns into the same shade of red found on the Union Jack. Was finance minister during worst recession in history of Northern Ireland. Supported UDA calls for nationalist genocide in the past – it’s like they built this lad in a Loyalist lab.

Unlikely, the move towards a more likeable leader could result in whiplash for many of the party’s supporters.

“Our worry is that he will come across as too humane and tolerant, thus there is a risk we’d lose support under him” – remarked one DUPer, “being a cannibal is fine, but we need to know he won’t eat gay people, God knows what you’d get”.

The DUP’s recent track record suggest they only know how to make bad decisions that form another nail in the coffin for their party, so yeah, this one is actually not far off from happening.

Supporters will be unlikely to accept being led by someone based in Sri Lanka.

An outsider that could win if it formed an alliance with an orange sash and a pile of pallets.