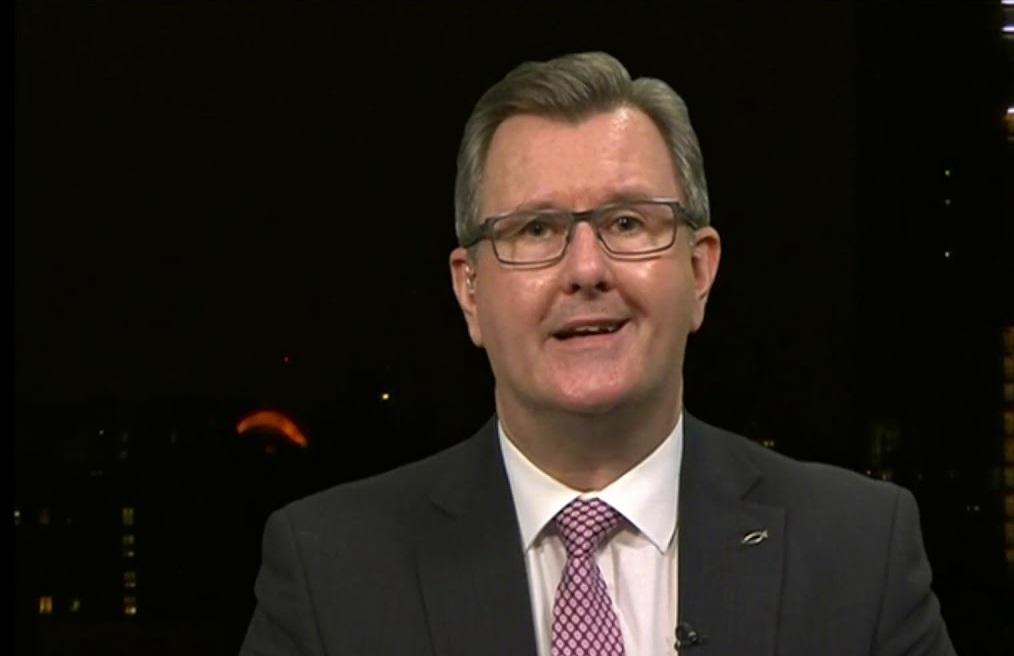 FACING the risk of Sinn Féin becoming the largest party after the Assembly elections on the 5th of May, a desperate DUP leader Jeffrey Donaldson has begun making huge vote-swaying pledges and promises in a bid to coax people into voting for his beleaguered party.

Responding to an election which has been dominated by cost of living concerns, Donaldson has confirmed the DUP will combat this with a fresh election promise of:

Miniature Union Jacks and bunting for everyone.

With Sinn Féin’s ambitious if fanciful pledge of building 100,000 homes, those squeezed out of the housing market may be tempted to vote with the Republican part, however the DUP’s last minute promise of the following is far more comprehensive and realistic:

Even more miniature Union Jacks and bunting and portraits of the Queen for everyone.

The NHS in the north continues to struggle. The DUP, previously uninspired on solutions to waiting lists have confirmed that if voters reject Alliance Party, UUP and the SDLP they can look forward to improved services in the area of:

Good Christ, give the DUP your vote, no matter how many more miniature Union Jacks it takes, they’ll hand them over.

In a bid to soften their image in the final hours before polling day the DUP have brandished their inclusive credentials by promising:

To acknowledge, if you vote them in, that the dinosaurs which roamed the earth 6,000 years ago and no later could have been been gay or Catholic or God forbid both.

Elsewhere, the DUP aren’t the only ones in for a potentially tough election as one Belfast man has said he fears a reprisal from his hardline Republican grandfather for voting Alliance tomorrow despite the fact his grandfather has been dead for 31 years.