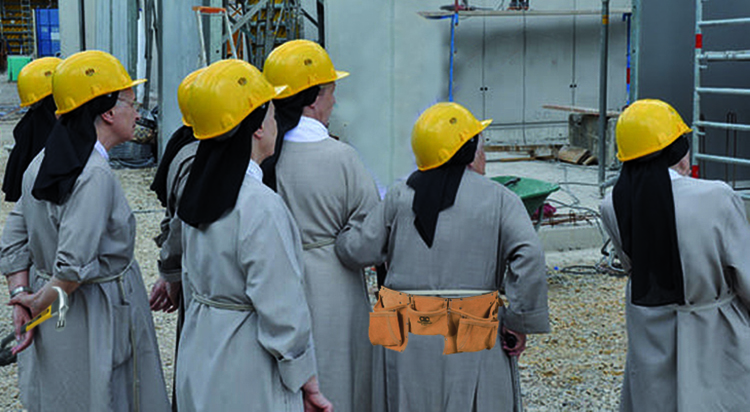 CONTROVERSY over building the new national maternity hospital on the grounds of St Vincents, which is owned by the Sisters of Charity, rumbles on with questions remaining over governance and the possible influence a religious institution will have over maternity care.

In an effort to clear everything up and put the public at ease a spokesperson for Minister for Health Stephen Donnelly is happy to answer your questions:

“Why does a religious group have to have 3 seats on the board?”

Spokesperson: They’re the only ones with the religious training to tell pregnant women they’re sinful sluts.

Spokesperson: Ha, you sound just like the legal experts we ignored five years ago when this first came up.

Spokesperson: Honestly, don’t be fretting. When has leaving nuns in charge of something led to any harm in Ireland? Actually, don’t answer that.

“It’s five years since the government told us the site selected for the NMH was ‘suitable’ but key questions remain unanswered. Can’t the government just admit this is an unworkable legal quagmire which leaves a publicly funded hospital subject to the whims of its landlord, the Church, and the State should buy land outright.”

Spokesperson: C’mon now, this is about healthcare.

“Healthcare like ‘will women be able to receive IVF, abortions or other medical care the Church disagrees with?'”

Spokesperson: No, like we need to start talking about Minister Donnelly’s passion project – the National Centre of Rehabilitation for Victims of Rogue Trampolines.

“Can you stay on topic please.”

Spokesperson: Christ Almighty – sorry, I mean ‘non denominational deity Almighty who doesn’t exist’ – do you lot ever stop for a minute? Just trust us that women will be grand and when the State let’s them down they’ll get an auld fierce sorry apology.

“If news from the US, Roe V Wade, teaches us anything it’s…”

Spokesperson: Sorry no idea what you’re talking about I don’t watch UFC fights.

“Why can’t the St Vincents group just gift the land or allow it to be purchased outright?”

Spokesperson: Ah c’mon now lads if they gave up the land then they couldn’t control your bodies, and sure what’s left after that for a church only praying. Pointless.

“Why can’t you truly commit as a government to the separation of Church and State?”

Spokesperson: De Valera accidentally used industrial strength glue back in the day and we don’t have the strength to break them apart.