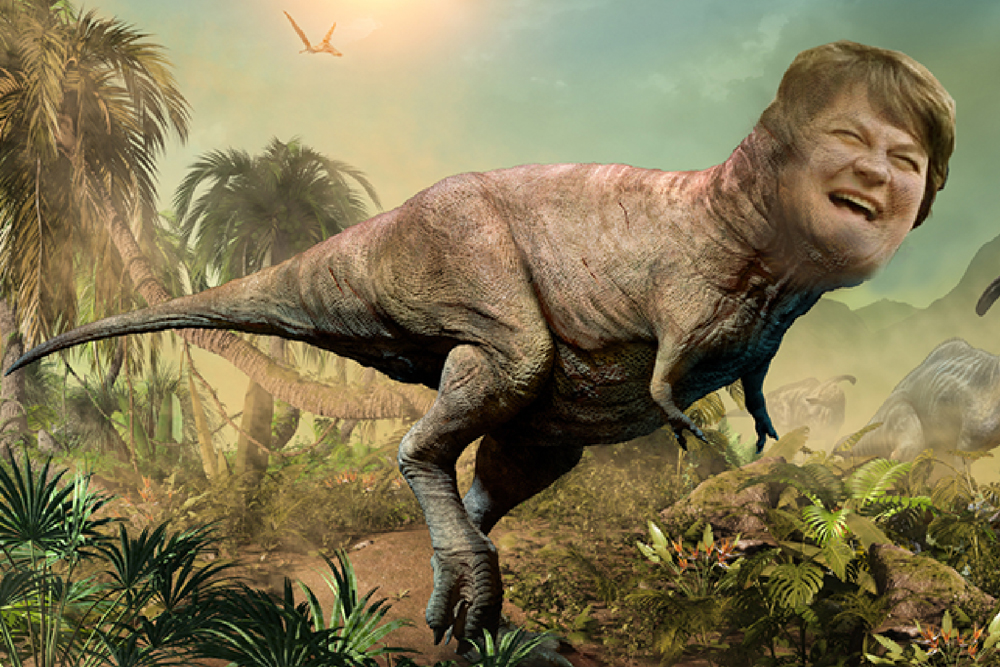 NORTHERN Ireland archaeologists have discovered what they believe to be a rare Fostersaurus during a routine dig this week, proving the existence of the ferocious meat-eating dinosaur over 117 million years ago.

Believed to be one of the only dinosaurs that walked backwards, palaeontologists discovered that the Fostersaurus also ate itself on occasions when cornered and had a high pitched, blood curdling screech that could be heard as far away as London.

“This was indeed an awful, blood thirsty beast which preyed on anything that wasn’t a fellow Fostersaurus,” one expert explained the dinosaur’s behaviour. “They would travel around the north of Ireland in large herds and force other dinosaurs out of the region by simply screeching at them continuously until they ran away”.

Despite its size, it is understood the Fostersaurus had a tiny brain and would have come from the Jurassic period, which according to DUP sources, occurred just 10,000 years ago.

“It would have been freezing conditions at the time but the Fostersaurus could have kept warm by burning wooden pellets,” the expert added.

“The species later died isolated in Northern Ireland following the breakaway of the landmass from Britain”.

Other fossils found included the Tri-Paisley Tops, which is believed to have roamed what is now modern-day Northern Ireland, the Maldives and Sri Lanka, quite often at the same time.