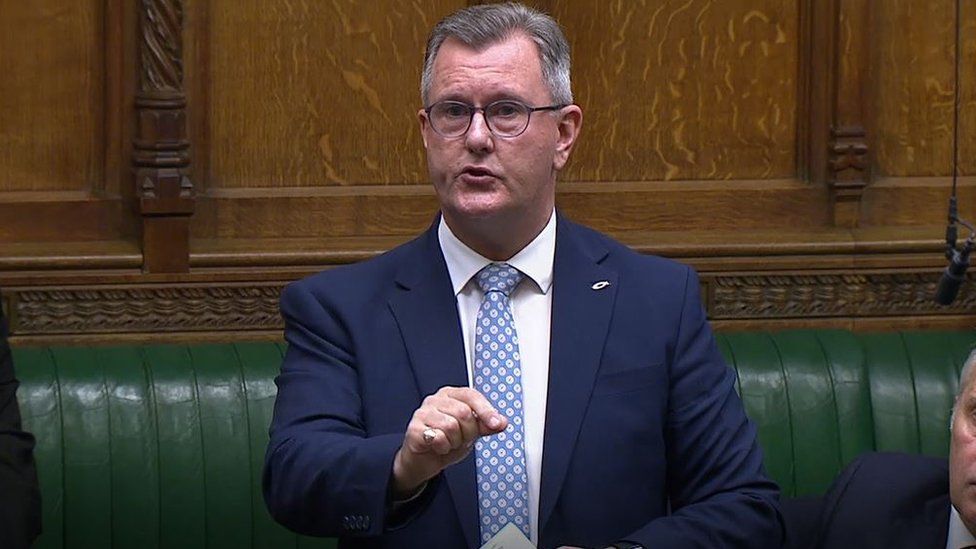 The DUP is not a monolithic party defined by simple ideological stances or rank hypocrisies, in a bid to get know the party better and dispel the myths, WWN spent a day in their company.

In order to better understand what it’s like to be in the DUP I was required to first put on specially designed Union Jack contact lenses.

You’d think perhaps this party might be a bit partial to grey and dreary dry porridge, but far from it. Joining us at breakfast, party leader Jeffrey Donaldson added 36 heaped spoons of cinnamon onto his porridge before taking a bite only to choke. After regaining his composure, he demanded to know who put cinnamon on his porridge.

Nigel Dodds didn’t make it to breakfast as colleagues explained how it is dangerous to wake him up as he sleeps upside down suspended from the ceiling.

Gathering for a brain storming session, the DUP big wigs came to a collective agreement on parking their cars on double yellow lines outside their offices and ringing the clampers on themselves.

“Who would do such a thing to us? Someone seriously has it in for us,” remarked Ian Paisley Jr, who couldn’t be at the meeting in person, instead attending via Zoom from Sri Lanka.

Sandwiches with no crusts. Heathens.

Asking for a show of hands, the party passed a motion confirming it was unfair the evil EU forced the DUP to spend £282,000 in dark money in the days before the Brexit referendum on advertising on the mainland UK advocating a vote for Brexit.

A new member was initiated into the party and was made to feel welcome with a series of team building exercises. The new member, John, was encouraged to throw plates and glasses at the wall and to then loudly blame the Irish government for the mess.

A trust exercise saw John encouraged to drop down to the Falls Road and simply trust the DUP to order him a taxi back to HQ.

With John in hospital due to the DUP blaming Sinn Féin for its own failure to order a taxi, the DUP placed 300 unanswered calls to Boris Johnson’s office, as is the hourly custom.