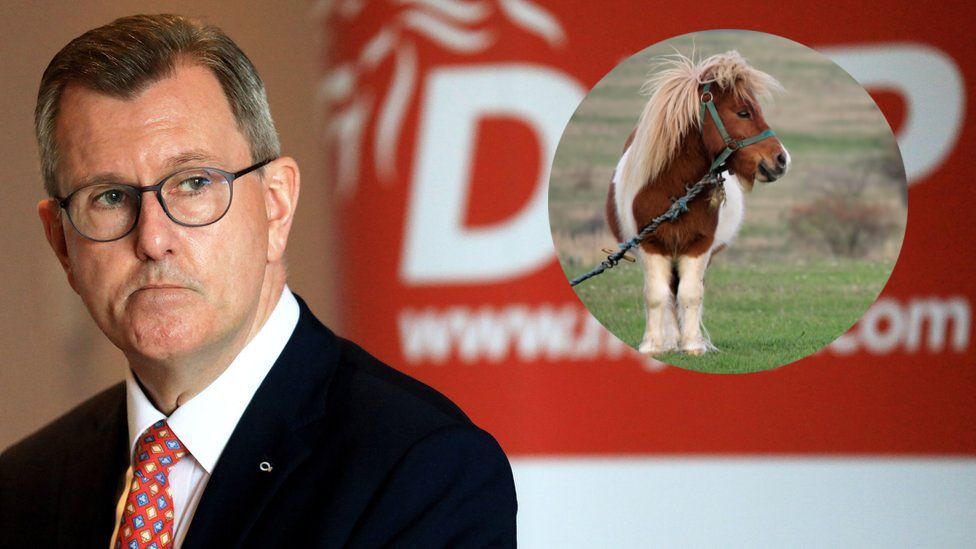 SENDING SHOCKWAVES through the political world, DUP leader Jeffrey Donaldson has suggested the unthinkable: his party will bring down the Stormont before it even has a chance to form because it’s not happy that the Northern Ireland protocol, which his party made inevitable through its advocating for Brexit, still exists.

“We won’t nominate a deputy first minister until the British government scraps the protocol, buys us a pony and tells us they love us but really mean it this time,” confirmed the DUP.

Previous concessions secured by the DUP such as being breastfed by the Queen, being patted on the head and told they’re good little Unionists will remain unaffected by this latest attempt at repeatedly punching themselves in the face.

“And not just a normal pony, one with a Union Jack mane. And we want every day to be Christmas day – make it happen Boris! Or everyone prepare to face the very real prospect of the DUP refusing to enter Stormont which we would collapse over some other bullshit the following week anyway,” added Donaldson.

The demands certainly erase any doubt over whether the DUP still had the fire within them to work around the clock to ensure they never have to actually work a day of their lives in political office.

Elsewhere, one local Unionist expressed his disgust at how abandoned he felt by the DUP and how little they have done for his deprived community before confirming he would continue voting for them no matter what.

Meanwhile, the Alliance Party has been roundly criticised for gaining seats and trying to move beyond sectarian squabbling.