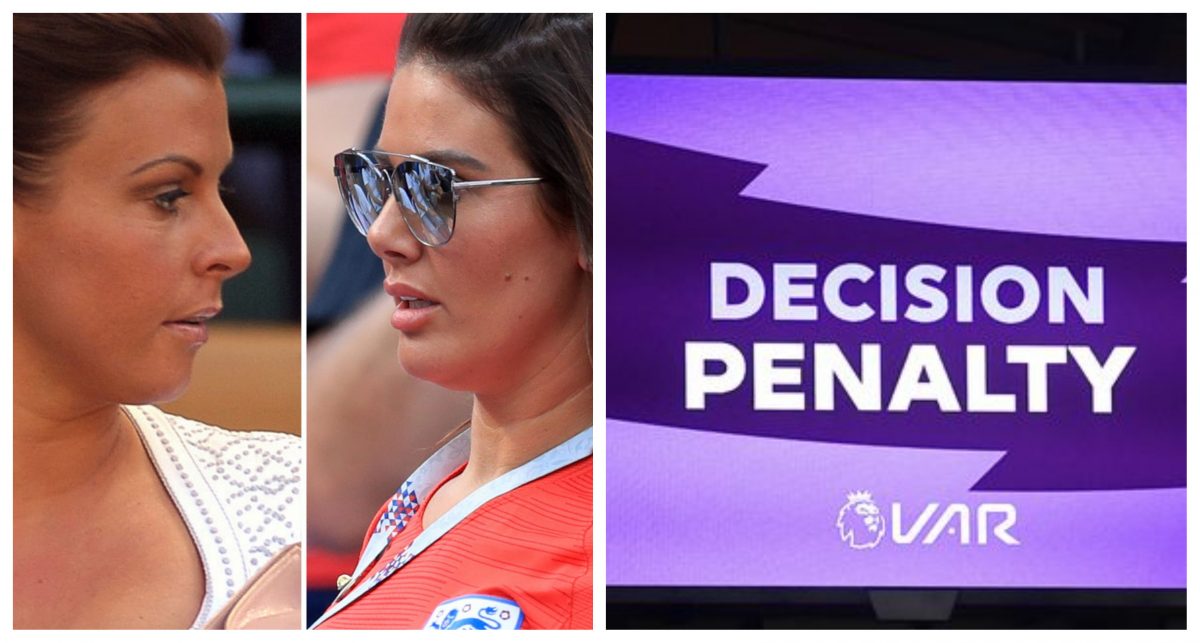 THE AUSTERE wood-panelled Victorian court room housing the libel case between Coleen Rooney and Rebekah Vardy, which kicks off live on Sky Sports, is to make history by implementing a first for legal technology with the use of VAR.

Replacing the usual back and forth between a judge and the legal representatives of the defence and prosecution, Premier League referees will be tasked with having the final say on any controversial legal arguments or the entering of evidence into the case.

Large screens and camera have been installed in the court ahead of Rooney and Vardy facing off, with both parties encouraged to surround the judge, harangue and hassle them while swearing blindly when they disagree with a ruling which will prompt VAR officials to review a decision from their remote TV van outside the courts.

“We’ve 40 camera angles, we’re trained professionals, nothing will get passed us. We’ll draw red lines across WhatsApp conversations and Instagram stories to see if anything was well offside in terms of friendship, trust and defamation,” confirmed VAR official Mike Dean.

Being a legal first, VAR’s implementation has not been without its hiccups with those in the gallery already chanting ‘the judge is a wanker’ when a request to enter a number of personal texts into evidence which would have been full of juicy gossip was shot down.

Earlier, stewards at the trial had been criticised for their lax security measures after two streakers and one cat entered the field of legal play, with dozens more boozed up and ticketless fans barging through the turnstiles at the courts.