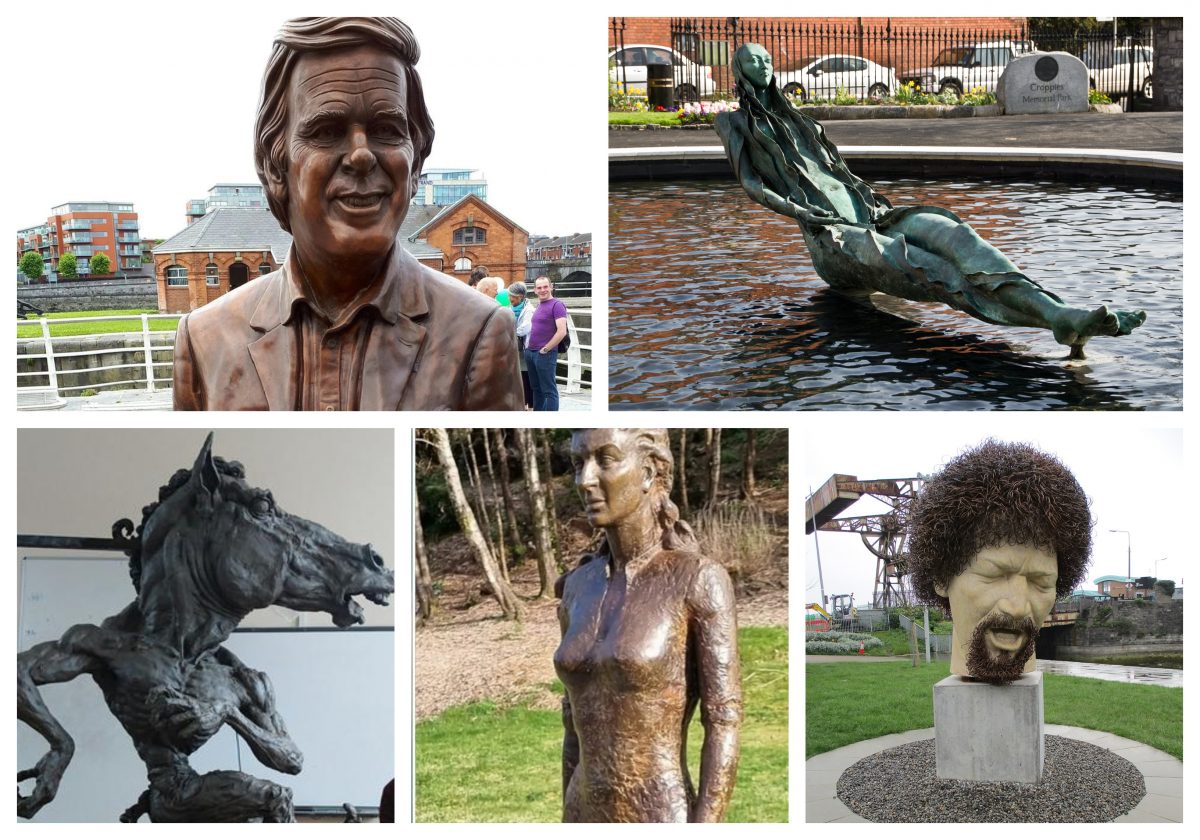 IRISH statues, busts and sculptures divide opinion like few things in Irish life and the artists who create them have spoken out for the first time, lifting the lid on their motivations for creating some ‘awful’/’actually I quite like it’ works in the wake of the unveiling of a controversial Maureen O’Hara statue in Cork.

“We are acutely aware of the dearth of decent topics of conversation for Irish people, you lot are starved of things to talk about – we simply provide a public service by creating divisive works that you can spend weeks, months and years giving out about,” shared one sculptor who would neither confirm nor deny if they Molly Malone massive jugs.

“What I was hoping with this one was to make sure it didn’t look much like Maureen, but make the bust perky enough for one weirdo to come out of the woodwork to produce a two-hour YouTube video about being an O’Hara boob expert, a breastpert if you will,” said the artist behind the Maureen O’Hara statue which lasted 5 minutes in Glengarriff before locals tore it down in a fit of rage.

“I know it looks nothing like the person I was commissioned to sculpt… but I get off on how much that’ll annoy people who call into Joe Duffy,” said another artist.

“We appreciate that our value as artists isn’t to challenge the public, as their fragile idiot brains wouldn’t be able to cope with a provocative thought without exploding so we default to making sure the likeness of famous person is just ‘off’ or a mythical creature or animal is the right amount of unsettling,” added another artist who vowed to make a statue of Michael D. Higgins out of pasta and books if commissioned.

“I’m driven by metaphysics – I seek to comprehend the unknowable and that is present in the discordant shapes I sculpt which seem to fight themselves from within as we all do, but I’m actually more driven by hearing ‘I coulda made that’ from 500 different people,” said another artist, whose parents wished they just went into a solid career like accountancy.

“A great big fucking head” responded Luke Kelly sculptor when asked what they hoped to achieve when formulating their tribute to The Dubliners singer.