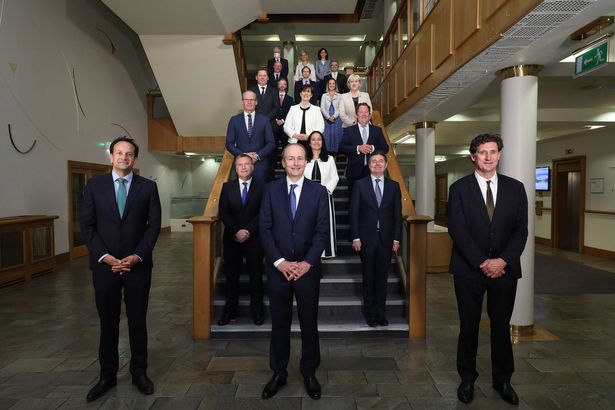 AWARE of the public’s complete apathy when it comes to protesting, the coalition government is set to plow on with a deal which will see the running of the €1bn National Maternity Hospital subject to the whims of the Catholic Church.

“Do as many incredulous social media posts you like, as long as you’re not getting off your arses and out on the streets we’ll call your bluff and just crack the fuck on with as many boneheaded, craven, disgraceful and morally corrupt decisions as we like,” confirmed a cabinet spokesperson.

“People have pointed out improvement we can make to the terms of the contract but on the other hand what are you going to do if we just say fuck it and sign this shit sandwich and stick it in the microwave? That’s what I thought,” added the spokesperson, in no way surprised they’re getting away with signing a lease with vague open-ended terms rife for exploitation by the three board members the Sisters of Charity are entitled to appoint to the National Maternity Hospital.

Elsewhere, enraged by the insinuation that they couldn’t muster two people to halfheartedly yell in the direction of Leinster House, the Irish public bit back.

“Well, protests are things other people organise and those other people are weird people who take things too seriously and they’re all ‘this matters’ and I just feel like that’s a bit over the top, y’know? How bad could it be, whatever it is people who care are giving out about this time?” offered a member of the public.