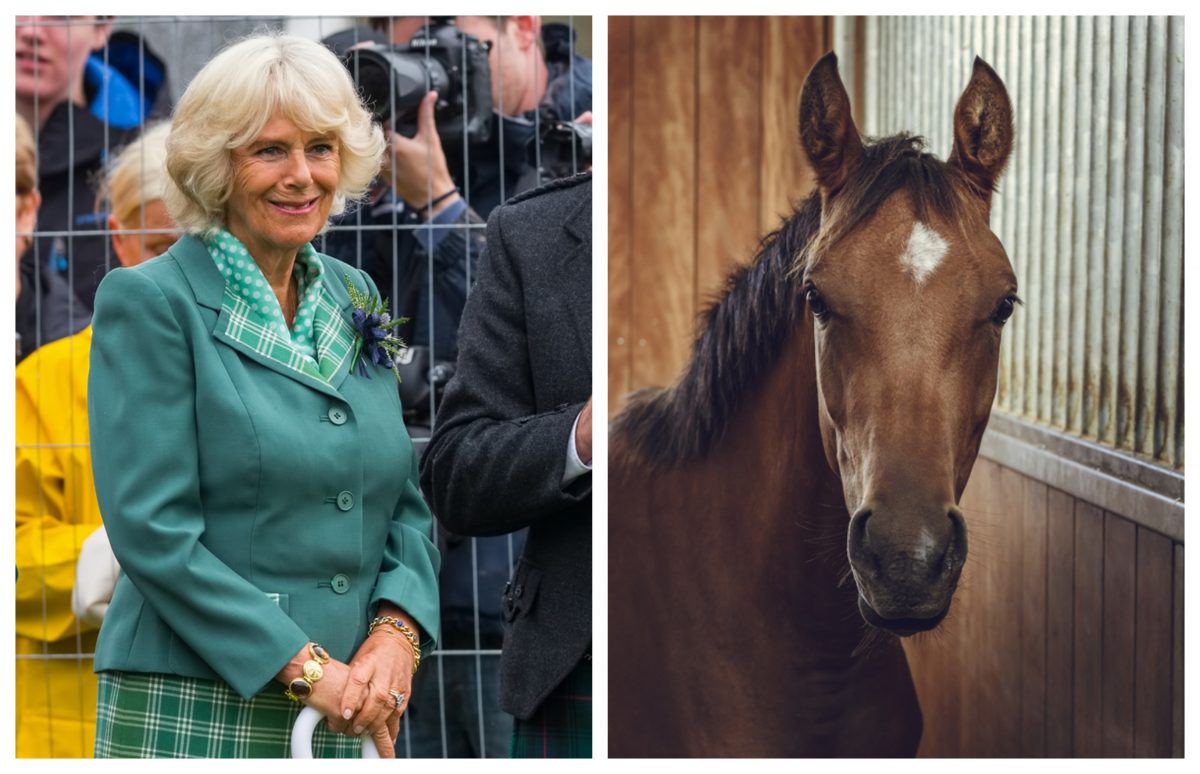 PRINCE Charles’ visit to Ireland has had yet another embarrassing incident, after his wife Camilla was chased around the yard by an amorous stallion during the pair’s visit to the National Stud yesterday.

The Royal’s three-day trip to Ireland had already racked up a series of gaffes, such as:

– During a meet-and-greet in Waterford city centre, Charles accidentally smashed 40,000 euro worth of Waterford Crystal while demonstrating his preferred polo technique to a group of uninterested factory workers.

– On several occasions when making reference to the Queen, Charles inadvertently added the words ‘God rest her’, before quickly changing the subject.

– Camilla was asked, nay told to please refrain from rubbing the head of Irish President Michael D. Higgins ‘for luck’.

– While driving past a district court while leaving Kilkenny, Charles made a joke about how ‘Andrew should have had his trial here, he’d have gotten off scot free!’, possibly in reference to Ireland’s well-known leniency towards sex offenders.

– Charles apologised yesterday for shooting one local man while out on a hunt, ‘Oh pheasant? You said pheasant hunting! I misheard you’.

– The Prince also mentioned how happy he was to be in Waterford as it was ‘as far away as possible from Derry’, and that things were still ‘a bit hot for him up there due to y’know’, Charles then mimed a solider of the Parachute Regiment firing into a crowd of civilians at this point.