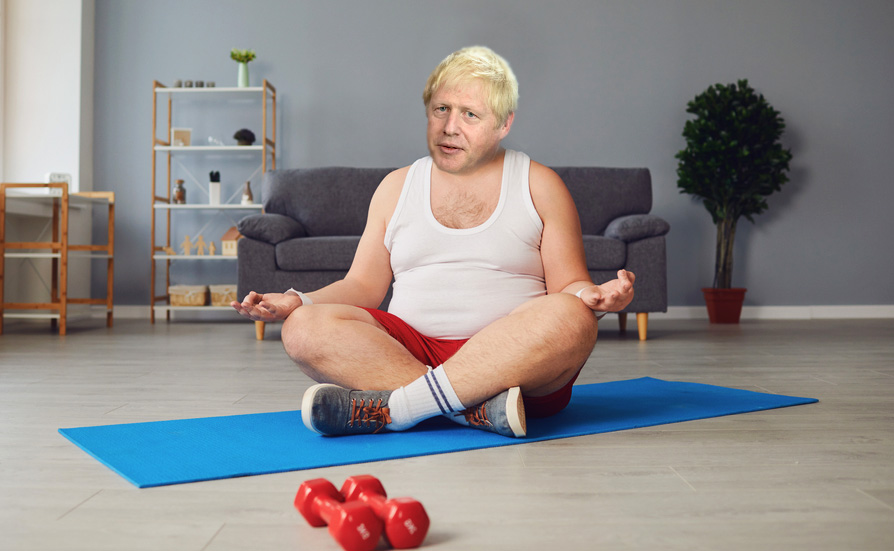 BRITISH Prime Minister Boris Johnson has finally let the secret of his scandal-dodging success slip, after revealing that a lifetime of Yoga exercises has left him with the inner calm needed to navigate the countless political quagmires he’s found himself in.

Dubbed ‘the Bullingdon stretches’ by Boris (as he believed the word ‘Yoga’ sounded too foreign), the exercises have helped the PM escape the kind of political minefields that would have crushed a less morally-supple man.

– An hour of head and shoulder work that ensures the Prime Minister’s neck has the same consistency as the testicular area of a seasoned horse rider, perfect for when he needs to criticise the Russian government despite having lined up cushy lordships for lads with ties to the actual KGB.

– A meditative deep-breathing routine that gives Johnson an eerie ability to weather criticisms such as those leveled at him after allegations of Downing St. parties during Covid lockdowns without so much as blinking. “You could stab him in the stomach with a screwdriver and he wouldn’t flinch,” a source told us.

– An incredibly intense core workout that grants Johnson a snake-like ability to wriggle free from anything; Covid deaths on his watch, double-dealing with the Russians, lying about Brexit, cheating on his wives, not knowing how many kids he has. “This is an all-day workout that exhausts Johnson the point where he can actually sleep at night, which the rest of us would be unable to do if we lived a day in his shoes,” we were told.