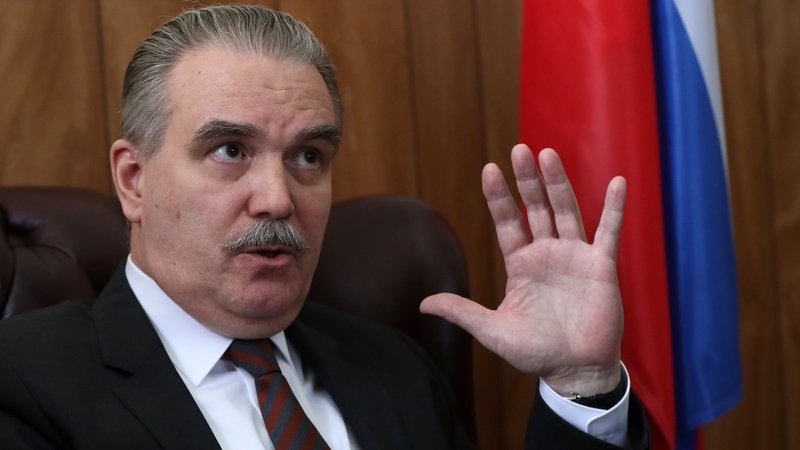 RUSSIA’S Ambassador to Ireland Yury Filatov has played down concerns over their military exercises off the coast of Ireland, stating that the activity is a “non story” and are part of a regular practice plan to disable American airbases like Shannon, WWN has learned.

“Seriously, don’t worry, we’re only practicing to bomb Shannon airport in the event of a war with the US,” reassured Filatov, “Ireland is a neutral country that harbours one of the most strategically based US military bases in Europe which acts like an artery for American military hardware and personal, so there is absolutely nothing for you people to worry about”.

The artillery drills at the start of February will take place in international waters but within Irish-controlled airspace, something Ireland’s foreign affairs minister Simon Coveney said was “not welcome”.

“We only welcome US, UK and EU military drills off our coast,” Coveney explained his rational, “but to be fair, we’ll keep buying Russian oil and gas for the time being, so please don’t cut us off from that, we just don’t want you riding Ireland like everyone else does around here”.

Coveney went on to warn Russia that Ireland is prepared to launch both its Air Corp planes if provoked, making it clear this would be the nation’s last resort if drills were to go ahead.

“They might look like small Red Bull stunt planes with a couple of grenades tied onto the wing, but if one of them boyos kamikaze’d into an aircraft carrier fuel tank it could take down the whole ship, kinda like they did in Star Wars with the death star,” Coveney warned.