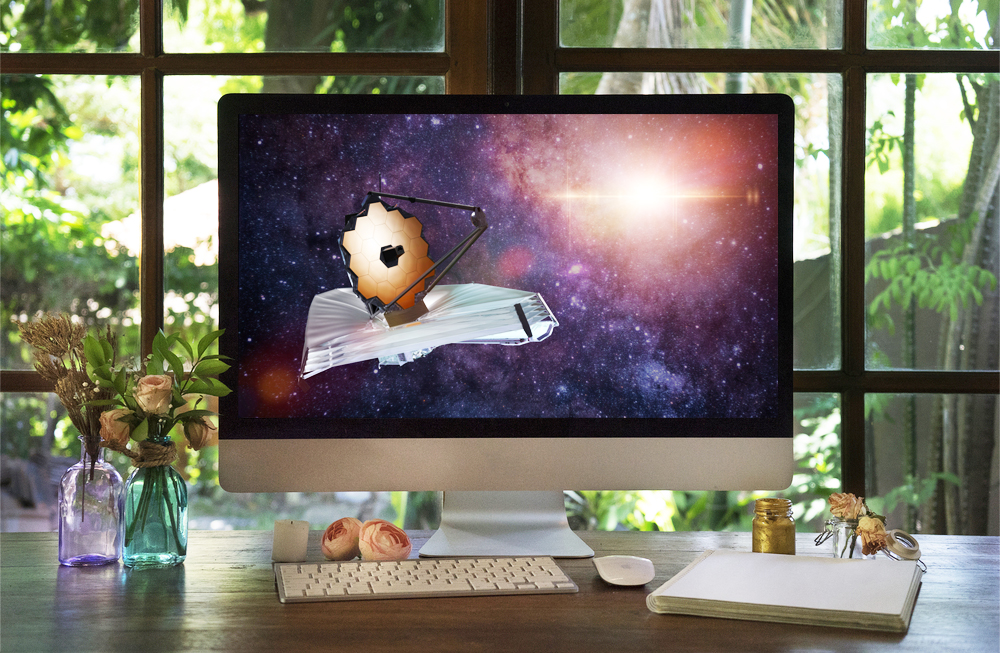 THE most powerful telescope ever created by mankind has reached its final destination some 1 million miles away from Earth, with NASA scientists announcing that they’re already seeing some ‘absolutely bitching’ images that will totally look rad as a background for your desktop.

The ‘James Webb’ telescope is said to be able to detect and relay signals up to 100 times fainter than the Hubble telescope, which will revolutionise the way humankind understands the universe as well as really jazzing up your TV if it goes to power saving mode when you go get a snack in the kitchen.

Built by a joint international effort between NASA and the European space agency at a cost of over $10bn, space bosses are confident the James Webb scope will more than justify it’s costs when that sweet screensaver buck starts rolling in.

“Development on the project began in the mid-2000s when the market for texting a number you got in a magazine ad or late-night TV commercial to get a cool screensaver for your phone was at an all-time high,” said one NASA insider we spoke to, “and yes, those Crazy Frog glory days have cooled off over the last 20 years, but there’s still plenty of people out there still searching for the most kickass picture of the universe with like, nebulas and shit, to use as their wallpaper.

“We’re confident the James Webb images will keep us at the top of the screensaver charts, ahead of those bimbos posing on sports cars or eagles grabbing an American flag”.