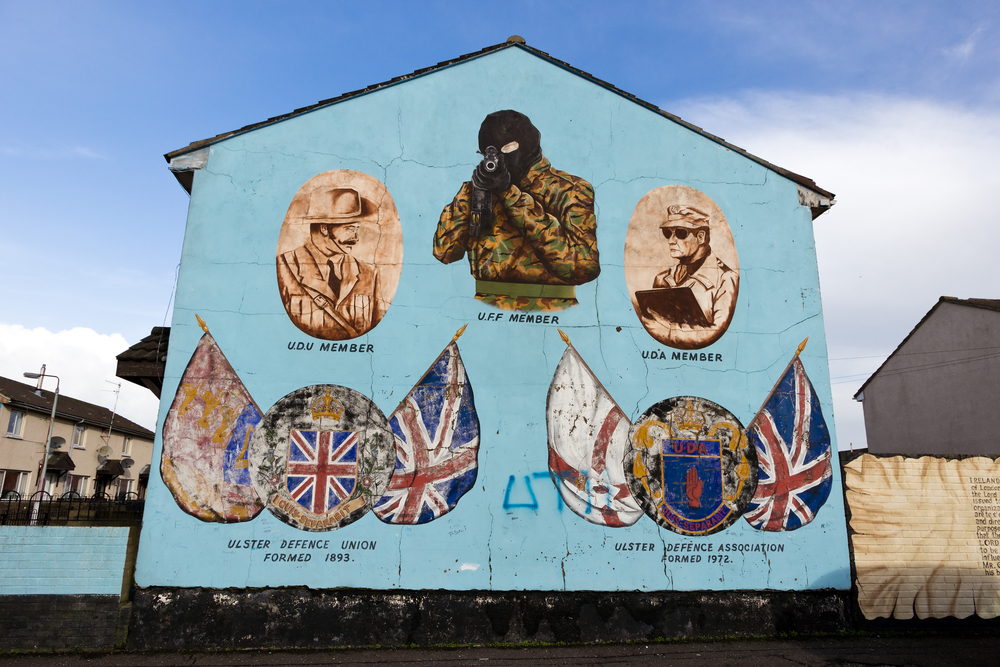 A NUMBER of Loyalist paramilitary groups have written a really rather crossly-worded letter to the prime minister of Britain expressing their dismay at the ongoing Northern Ireland Protocol issues, while also withdrawing their support for the Good Friday Agreement, more or less, there’s a few bits in there they ‘want to hang on to’.

“Mr. Prime Minister, we really think this is a most unfair treatment of all of us Loyalists in Northern Ireland, it’s jolly well not on at all” wrote Malcolm ‘The Taig Hunter’ Cambell, who was himself released from prison in 1998 as part of the Belfast Agreement which he’s so against right now.

“Perhaps you should sit down and have a word with Arelene Foster of the DUP, you’ll find she’s a most agreeable sort in person; why, just last week me and the boys here in the Loyalist Community Council had a meeting with her, and she could see our point and feel our frustrations almost straight away. In fact it’s almost like we were speaking as one, old chum”.

The letter, described as ‘a remarkable evolutionary step from scrawling ‘UVF’ on a wall outside a chip shop’, has made its way to Boris Johnson and the PM has assured Northern Ireland that fixing the issues that arose for the area in the wake of the Brexit deal is ‘right on the top of his list of things to get around to’.

“I really can’t believe that we’re still going on about this bloody thing” Johnson sighed, starting to warm to the notion of Irish Unity and ‘letting Paddy sort it all out’.