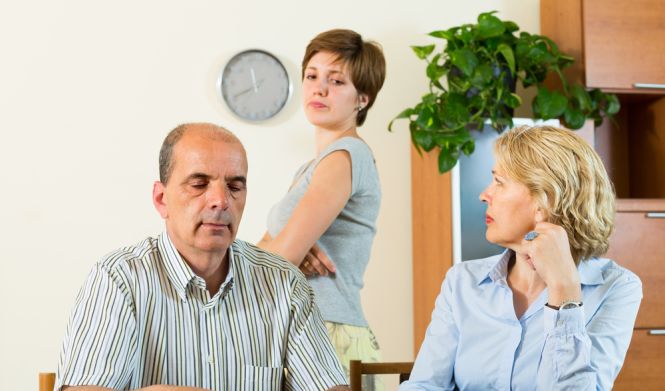 Regularly butting heads over the big issues of the day, father John McNamee and daughter Claire McNamee are a constant source of bickering which drains Janet McNamee of all energy and will to live, especially when Claire absolutely wipes the floor with her poor old dad.

“Ah Jesus Claire, his brain can only take in so much, don’t be at him with the ‘intersectional this and that'” Janet pleaded as her daughter Claire began hitting her stride amidst the latest major blowout over what began as a minor comment.

“So what love? Because of interdimensional feminism I can’t ask an innocent question?” John sounded back at his daughter, who only popped over for a quick hello 9 hours ago but couldn’t let her father’s comment about immigrant women ‘getting pregnant in Ireland for visas’ go unchallenged.

“Love, you don’t have to educate me about Pat Riarchy, I went to school with the man,” added John, doing a good job of covering up how terrified he was of his daughter.

Taking the bait for the 400th debate in a row, Claire failed to heed her mother’s warnings and was further drawn into the cyclical and circular debate full of dead ends and deaf ears.

“Claire c’mon, you remember how upset he got when you sat him down and made him read the definition of xenophobia on Wikipedia that time? He went mute for a week,” concluded Janet as John used his wife’s intervention to make a break for the toilet.