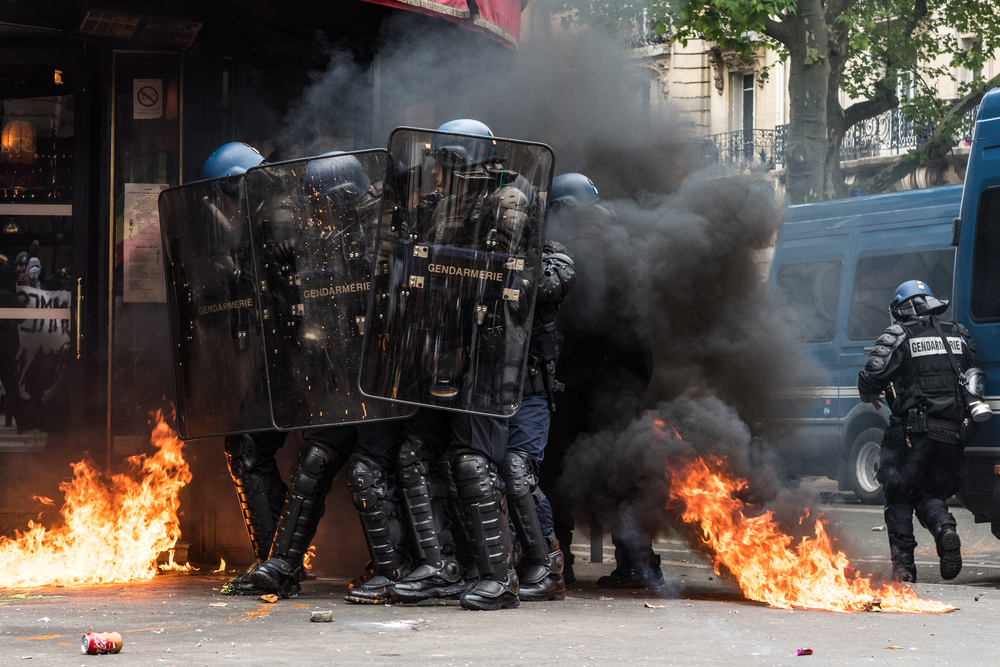 FRENCH President Emmanuel Macron has called for calm today following a sudden riot yesterday which left dozens injured and hundreds of thousands of euros worth of damage, WWN has learned.

Protestors took to Paris streets on Friday before erupting in violence, however, no one knows exactly why or what they are protesting.

“It just kind of kicked off. I’m sure it’s over something really important,” one man explained, throwing a molotov cocktail at riot police.

It is understood that the French propensity to protest and riot has gotten to the stage where protests have become such common place in the European country that people have simply fallen into an automated state of uprising.

“I suppose it has become a bit of a pastime,” explained one expert in social behavior, “it’s got to the stage now where we just riot for no particular reason. The police here just expect it at this stage. C’est la vie”.

Since the beginning of 2020, over 3,789 riots have taken place in France with a large majority of the protests having no real purpose, only for the sake of rioting.

“It’s just a bit of fun at this stage and it’s great to meet up with mates and get out of the house for a bit,” another looter concluded, before smashing a storefront window with a headbutt and picking up a brand new 50 inch TV.