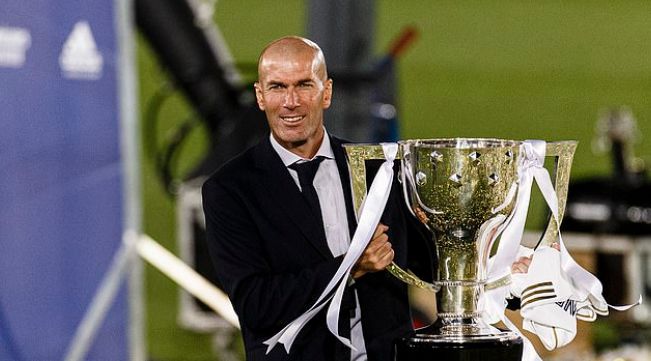 AN EGREGIOUS miscarriage of justice that has been the subject of several Making A Murderer style documentaries on online streaming platforms has finally had a happy ending after Zinedine Zidane has his bald fraud conviction overturned after a successful appeal.

An injustice to rival any, Mr. Zidane (48) was convicted by a jury convened by the Court of Online Football Forums and Lads WhatsApp Chats in a controversial ruling several years ago.

“While my conviction carried no prison sentence, being a bald fraud is the type of thing that follows you around, I’m just glad to clear my name,” confirmed Mr. Zidane, manager of La Liga winning Real Madrid.

Those who allowed charges to be brought against Zidane in the first place have been ordered to resign after they refused to let the Frenchman submit certain evidence to the court, such as three Champion’s League title in a row.

As part of a ‘victim’s settlement package’ Mr. Zidane will now be given ‘the benefit of the doubt’ if and when he and his team go through their next run of patchy form or high profile loss, and football fans will have to refrain from reactionary and apoplectic fits of “let’s see him do it on a cold and windy Tuesday night in Stoke”.

As a result of the overturning of Zidane’s conviction the football justice system has come under fresh scrutiny with many pointing to Manchester City suing for ’emotional distress’ over claims they ‘took the absolute piss’ with Financial Fair Play rules showing there is need for serious reforms.