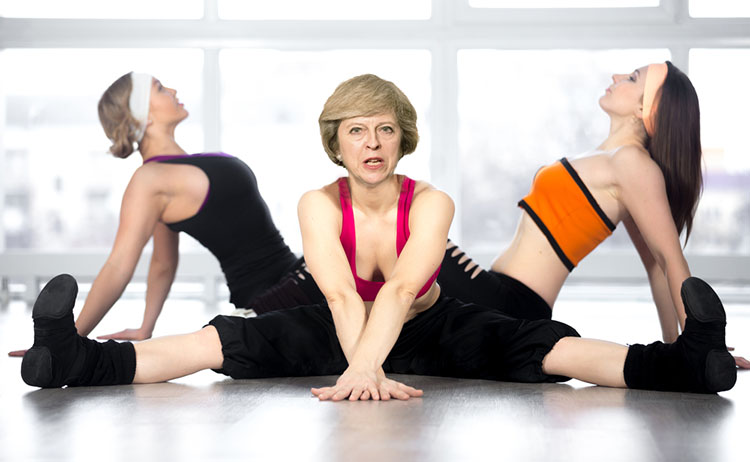 FAR from the frail-looking woman who resigned as prime minister in July, the Theresa May who met WWN outside her newly-opened Zumba dance studio in London today is a fresh-faced, agile lady, with a body covered in sheets of glistening muscle.

“I’ve never felt better,” beamed May, drinking from one of those fancy sports water bottles in a bid to stay hydrated ahead of her 2pm Body Pump class.

As she broke into a Reggaeton Pump in front of us, we have to admit that May’s decision to let go of all that ‘EU nonsense’ – namely her hard-fought but ultimately fruitless battle to steer the UK out of the EU – has completely transformed her from skeletal crone, into a Samba goddess with thighs of pure walnut-crushing power.

“Everyone was criticising my dancing, and that’s when I realised just how much politics had robbed from me,” said May, now lunging effortlessly while staring awkwardly at this reporter, “I could see nothing but stiffness, a lack of rhythm. That’s not the Theresa May that used to skip through wheat fields – that’s a Theresa May that has been beaten down by trying to do something totally impossible… so I quit.

“Look at me now, I no longer look like I’m about to explode into a giant pile of chalk dust.” she concluded, before slowly sliding into the splits with her pelvis making a strange crunching noise off the hard wooden floor.

Although pleased for May, one could not hide one’s worries for her fledgling new business that, like thousands of others, is sure to be hardest hit when Brexit inevitably rolls around, along with David Cameron’s Pork Pie stall, and Jacob Rees-Mogg’s monocle factory.