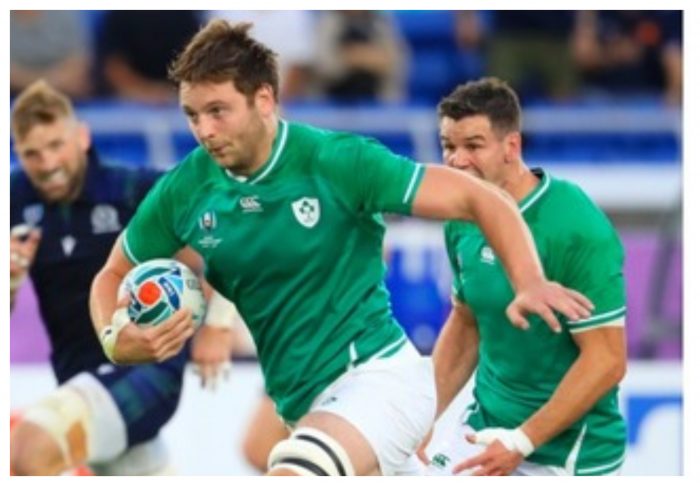 AFTER NEEDLESSLY getting Irish supporters hopes up with a commanding win over Scotland in their Rugby World Cup 2019 opener, Joe Schmidt’s Ireland look to be in perfect shape for a disappointing but inevitable loss to a clearly superior South Africa or New Zealand team at the quarter final stage.

Having never before reached a World Cup semi-final, Ireland’s ability to hit the ground running in their opening Pool A match has set tongues wagging with many suggesting ‘ah c’mon, don’t be stupid, we all know how this ends’.

Ireland secured a bonus point against Scotland during a match rugby fans described as ‘the bit in between the massive adverts for Guinness’. Thankfully the knock Jonathan Sexton picked up is believed to be minor, however, there were huge concerns for the fitness of Ireland’s ‘sponge man’, Declan Canty, who was said to have collapsed from exhaustion after having to constantly run onto the pitch to dab away an emotional Rory Best’s tears.

“Two early tries, impressive impact made by the lads on the bench and intensity throughout, you couldn’t ask for a better start to the World Cup before our hopes, which we should never have raised in the first place, are ruthlessly crushed,” explained one rugby expert, who was just a fat neck and wide shoulders.

Elsewhere, brands have been warned that the Irish public’s patience for adverts featuring rugby players selling awful products and services was worn out sometime in the lead up to the 2011 World Cup.