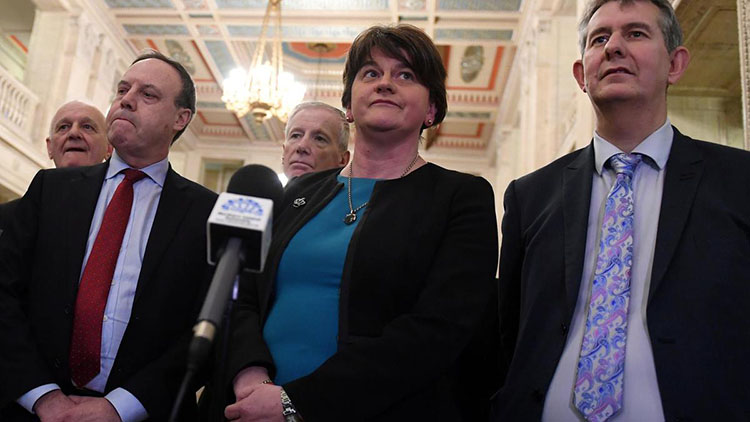 DUP leader Arlene Foster has stated that during her party’s ongoing Brexit-based discussions, they entertained the notion that they may actually be a giant pack of wretched bastards.

As they battle to find a way to accept the fact that the Conservative Government is about to catapult them under the nearest available bus, the Unionist party have had time to step outside their own sphere and realise that a lot of their beliefs and policies are at best antiquated and at worst, pure cuntish.

”Holy shit, we’re a bunch of pricks,” said Sammy Wilson, clutching the sides of his face at the realisation.

”Lads… it’s not just you. It’s all of us; we’re dinosaurs, relics of a bygone era that are clinging on to our so called ‘heritage’ to appeal to an ever-diminishing voter base at the cost of thousands of people all across Northern Ireland, all too cosy up to a dying Empire that wouldn’t piss on us if we were on fire,” sobbed Foster.

Despite these revelations, the DUP have managed to shrug off these morbid feelings and return to ‘business as usual’, claiming that their brief moment of doubt was ‘probably some Taig sorcery’.