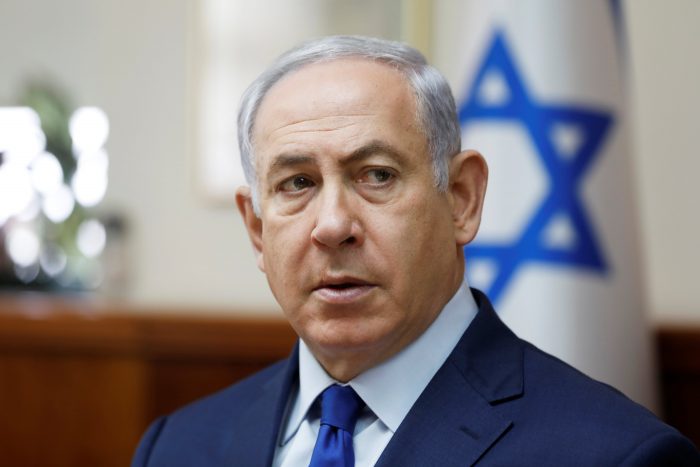 ISRAELI Prime Minister Benjamin Netanyahu is said to be ‘breathing a massive sigh of relief’ after realising that he was being investigated for charges of suspected corruption and bribery, instead of war crimes which Mr. Netanyahu has admitted have been ‘in the post for a while’.

Netanyahu was said to have been ‘extremely nervous’ amid rumours that a special police commission had contacted his lawyers earlier in the week looking to speak to him, with aides close to the PM admitting that Netanyahu believed his ‘time had come’ to answer to claims of overseeing an apartheid regime and illegal military action which lead to the deaths of thousands of Palestinian civilians during his current term as head of state, a position he has held since 2009.

However, it transpired that the current charges faced by Netanyahu revolve around allegations of corruption and bribery, with the PM expected to face questioning about hundreds of thousands of euro worth of expensive gifts and luxuries such as pricey cigars and champagne given to him and his wife from a number of wealthy foreign supporters.

“Bribery and corruption, phew!” sighed Netanyahu, when the news of the investigation was finally broken to him.

“I thought that it was ‘Hague time’, you know? Wow, I really thought I was in the shit there for a minute, but then I remembered who I was and how many great friends I have in high places all around the world, the kind of people that have pretty much given me free reign to do whatever the fuck I want to the Palestinians for all these years. So, what is it now, bribery, eh? Alright, that seems handy enough. We can sort that out, and let me get back to ‘keeping Israel safe’, if you know what I mean”.

Netanyahu was said to have spent the rest of the day kicking back with Cuban cigars and Dom Perrignon champagne, which he claims to have ‘found in a drawer when he moved in’.