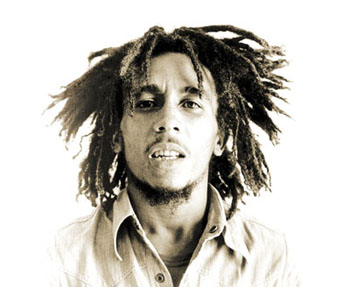 Nesta Robert “Bob” Marley, who died exactly 30 years ago last Wednesday, was blamed for two separate shootings ‘all around in his home town’ of then Sheriff John Brown and his nameless Deputy.

Marley admitted the killing of John Brown, but as an act of self defence only.

He had always publicly denied the shooting of the Deputy.

“I shot the sheriff But I didn’t shoot no deputy, oh no! Oh!”he added.

The incident gripped Marley’s home town, were various people were ‘trying to track him down’.

Local man George Johnson recalls the incident: ‘It be crazy mon! All white bouys be chasin’ im all ova da playace. They be wantin’ to bring him in guilty, for the shootin’ of a Deputy. For the life of a Deputy mon!’

Marley had always claimed that Sheriff John Brown had a vendetta for the young singer. Even so much so as ordering the brutal murder of his unborn children.

“Sheriff John Brown always hated me, For what, I don’t know:

Bob Marley was never convicted of either crime but had to live with the blame from his local people.

But now his name will be cleared after the Jamaican Criminal Cases Review Commission (JCRC) referred the case to the Court of Appeal, which reviewed the new evidence and publicly proved that Marley could not have possibly killed the Deputy.

His family had always protested his innocence of the murder but failed in a previous attempt to clear his name at the Court of Appeal in 1997.

A spokesman for the JCRC told WWN last week: “We have considered new scientific evidence and on the strength of that, we have come to the conclusion that Nesta Robert “Bob” Marley did not carry out the killing of the Deputy. We hope this gives his family some closure on the matter.”